Some beard styles. Facial Hairstyles in the 1960s, Our Everyday Life 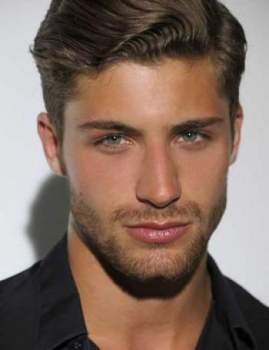 The 1960s were a time of dramatic change for not only men's hairstyles, but also for men's facial hairstyles. The hippie culture, which favored longer, less tame hair, also influenced facial hair. As a result, as the decade progressed, facial hair became longer and a wider variety of styles became acceptable. Men's facial hair styles.

In the late 1950s and early 1960s, sideburns did not extend far past the ear and they were kept neatly trimmed. By the middle of the 1960s, British bands brought long sideburn styles back into the mainstream. The Beatles influenced many young men to grow their hair and sideburns out to be like their idols. Later, stars such as Jimi Hendrix made shaggier sideburns popular. By the end of the decade, sideburns of varying thicknesses and lengths were commonly seen on television and on film, and the American public copied these styles. As a result, even extreme sideburn fashions like the wide porkchop style became popular.

Similar to the evolution of the sideburns, beards in the early 1960s started out as small and neat, and then took on a variety of forms. Styles such as the goatee and the goatee and mustache combination known as the Fu-Manchu were common. In the last half of the decade, long, unkempt hair became popular for men in the free love movement, and beards were grown to match.

Mustaches did not gain wide appeal, unless combined with a beard, until the last years of the 1960s. These were not necessarily associated with hippies, but rather reflected the influence the long hairstyles and fuller facial hair had on the rest of society. Unlike the beard or full sideburns, the popularity of full mustaches extended well into the 1980s, where popular TV icons such as Tom Selleck sported them.

The influence of the 1960s facial hair is still apparent decades later. Full sideburns were still worn by some subcultures, such as by progressive men in their 20s and 30s, even into the 2010 decade. As of the early part of the 2010 decade, mustaches and beards never entirely went out of style, especially for older men. The wild, unkempt look of the late 1960s is not as common, however, but the variety of facial hair options has never entirely gone out of fashion.

There are no comments for this post "Facial Hairstyles in the 1960s, Our Everyday Life". Be the first to comment...