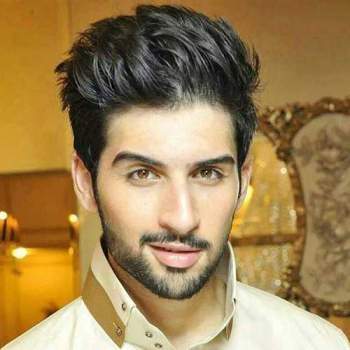 Believe it or not, the number of men with facial hair in the UK now exceeds those who are clean shaven, with more than half of all males nationwide now boasting a distinct style of beard. Men's facial hair styles.

The style of beard that you cultivate is an important consideration, particularly if you are trying to achieve a particular look to suit your hairstyle, fashion sense or overall aesthetic.

It just so happens that there are a vast number of beard styles that suit bald men, which in turn creates numerous opportunities for this demographic to optimise their look and add an extra dimension to their masculinity.

Here are six of the most striking.

People often confuse the classic and the full goatee, but there remains a distinct difference that is important to bear in mind.

More specifically, the former solely consists of neatly trimmed facial hair on the chin, whereas the latter also includes a full moustache and encompasses a look that most of us are familiar with.

Also, the full goatee has proven to be a flattering beard style for bald men, with no single celebrity embodying this better than Bruce Willis.

The Rock has also worn this style with distinction, while even Bryan Cranstan’s portrayal of the iconic Walter White in Breaking Bad was brought to life with an imposing and well-groomed goatee.

For those in the early stages of hair loss, attempting to cultivate a specific look and beard style can be challenging.

A light beard consisting of even stubble can help during this transition period, however, while it also adds a unique sense of charm and masculinity to your overall style.

Aside from being low maintenance, the great thing about this beard style is that it can evolve in line with your hair loss, helping to you to achieve an holistic look that suits your face shape.

We have already discussed the differences between the classic and the full goatee, but the latter can also be a flattering style for balding men. This is particularly true when it is combined with a rounded, full beard, as this creates a symmetrical look that is distinctive and popular in equal measure.

By trimming the beard neatly in a rounded form and pairing it with a thin and entirely unconnected moustache, you can combine two classic styles to tremendous effect.

Make no mistake; this is a relatively high maintenance look that demands a great deal of care and attention. The ends justify the means in this case, however, while the style itself is also suitable for men of all ages.

#4 – The Trimmed Beard With a Single, Under-Lip Strap

There is no doubt about it that many bald men like to maintain trimmed beards in the modern age, while a growing number are also experimenting with additional elements and variations to crate an even more unique aesthetic.

By combining a trimmed beard and moustache with a single strap under the lips, for example, you can combine two iconic facial hair staples in a simple, classical look. This creates a multi-purpose style that is both casual and formal at the same time, which negates the need to constantly adapt your facial hair depending on the occasion.

This look is easy to achieve and maintain, particularly if your keep the beard, moustache and the single strap to the same length.

The chinstrap remains one of the most iconic beard styles, while it is also one that is particularly flattering to bald males or shaven headed men.

This style includes a thin beard that runs along the jawline and underneath the chin, while it can be combined with a pencil moustache or classic goatee if desired. It offers the advantage of framing a masculine jawline and creating a virile, sporting look, and one which should particularly appeal to younger men who have lost their hair.

You could also try experimenting with a chin style that incorporates a chinstrap of variable width, as this allows you to establish a trademark aesthetic that suits your exact face shape.

While modern trends may dictate that bald men where neatly trimmed beard iterations, it is important to note that there are exceptions to every rule. The classic Garibaldi beard is one such exception, as it includes relatively long and unkempt facial hair within a truly distinctive and eye-catching style.

In simple terms, the Garibaldi comprises of a full grown beard and a connected moustache, with the facial hair trimmed in a circular shape at the ends to created a rounded aesthetic.

This makes for a bold and compelling look, and one that captures the essence of embracing baldness and defining a brand new style.

Although this style can be described as low maintenance, it is important to keep the bottom of the beard rounded and symmetrical. Similarly, you may want to control the length to some degree as this optimises the overall look that you are trying to achieve.

These beard styles are just a few of many that can suit balding men, but each one enables you to take control of your style and embrace and receding hair line. Just remember to keep the precise look you are trying to achieve in mind at all times, while also taking your face shape into account before deciding on a desired aesthetic.

There are no comments for this post "Bald with Beard: 6 Best Beard Styles for Bald Men, The Bald Gent". Be the first to comment...