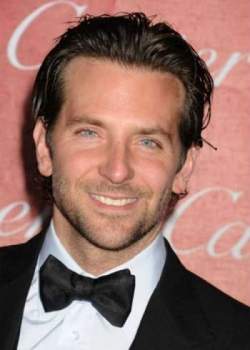 This is a ranking of facial hairstyles for men aged under 50* from worst to best.

Anything inside the top three is good and acceptable in modern society; the top eight at a push could work; but anything below that is objectively a terrible thing for a man to have on his face. Men's facial hair styles.

Genuinely the worst thing you can do to your face, including cutting it off. With this hairy abomination to civilised society, you're essentially saying "hit me right here, I deserve it". The only possible excuse is that the guy's razor broke before he finished shaving, although in that case he should just stay at home and order a new one online.

This is just gross. Sort your life out, fellas.

Is your hair a protective helmet that is liable to fall off? No? Why do you need a chin strap attaching it to your head then?

Like other moustache styles, the 'stache that extends down the sides of the mouth has been tainted by association with both terrible racial stereotyping, and a wrestling hero from the '90s who took steroids and spied on his daughter on reality TV. Guys, if those things are your jam then this may be the style for you, but don't be surprised if your loved ones stop calling.

There are two reasons for stubble on men:

1. He hasn't shaved for a couple of days, in which case he needs to either shave or commit to the beard.

2. He shaved this morning but his hair grows back super fast. In this case, he should accept that his face wants to be hairy and embrace the growth.

This beats the thin 'stache on versatility (you can curl up the ends*) and necessitates a moustache comb (which is awesome). However, like its cousin, it loses points for being associated with genocidal dictators.

If his beard reaches his torso, then he has officially grown a wizard beard. Congratulations on that. Now he needs to find out what products Christopher Lee used during the LOTR years to avoid looking like a castaway.

If grown long enough that it can be stroked to a point while he contemplates the wonders of the universe, this is a top choice, whatever those lads in the pub said about it making him look like a pretentious eejit.

If he's the station master of a remote rural railway station, or an eccentric engineer who navigates the country's waterways on a narrow boat he built by himself out of empty cat food tins and string, this is an acceptable aesthetic. If he choose this aesthetic but work in sales, expect a lot of side eye and whispers when he walks past colleagues.

Assuming his facial hair doesn't grow too fast (see: stubble) and he moisturises, this is a solid choice of facial hair grooming. He never has to worry about getting his face dragged into machinery or having to wear a hairnet on his chin, it shows off his bone structure, and looks tidy in every conceivable social situation.

Simple but effective, the neatly trimmed full beard tops the list of things he can grow on his face by virtue of the fact that it shows he has the patience to grow a beard and the wherewithal to keep it neat and tidy. There is a reason that Jeremy Corbyn has won parliamentary beard of the year three times in the UK, and it's because his trimmed beard makes him appear confident and approachable.

There are no comments for this post "The definitive ranking of male facial hair styles,". Be the first to comment...