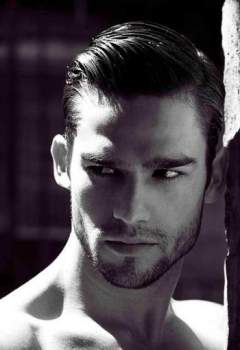 The Stanley Kubrick (a.k.a. The Redditor, a.k.a. VapeL0rd69) Men's facial hair styles.

Hello, neck beard, my old friend. PLEASE do not confuse this with its neatly trimmed cousin, the George Lucas, which is ranked only a half rung higher. This is the sprawling, patchy, uneven distribution of hair covering a usually pock-marked face, (also known as “Hell’s Sprinkles”). This was my first beard and a real swing-and-a-miss. There is no excuse for this, unless you are literally Nick Burns, Your Company’s Computer Guy.

The No-’Stache Goatee (a.k.a. the Buffalo Wild Wings, a.k.a. Midwest Baseball Jamboree)

In terms of covering a double chin, this is the most popular look for those who do not possess the virility for a good and true beard. Nobody has ever made it cool, not even guys who hit home runs for a living. A general rule of thumb is that if guys whose job it is to hit home runs can’t make something cool, then don’t do it.

The Chinstrap (a.k.a. the Turtle from Entourage, a.k.a. the Ska Band)

Look, I’m just as surprised as you that chinstraps rank so high. I am also surprised that Microsoft Word’s spellcheck recognizes “chinstraps” and not “ska.” Please do not confuse either of these with praise. Rather, look at them as indictments of everything that preceded this.

Hoo, brother, uh . . . will get you laid at a Pitbull concert if you are already rich?

You are the type of person who would go to a Pitbull concert. Work on that, and then get back to me about ALL THE OTHER CONS.

The Soul Patch (a.k.a. the White Boy in the Rhythm Section, a.k.a. the Come to My Poetry Reading)

This is the first truly personality-defining beard. You can find out so much more just by looking at a man’s soul patch than by going on a terrible two-hour OkCupid date with him. Yes, he owns little circular John Lennon sunglasses. Yes, he has a drum he got “from Africa” (usually purchased at a small market in his hometown and made in China). Yes, he’s experimented with ponytails. It’s odd that Howie Mandel personifies the modern-day soul patch, because it is 100% a no deal.

Who cares about interpersonal relationships when you are self-important enough to have a soul patch?

The only way anyone will attempt to take you seriously is if you are Al Pacino playing Satan in a movie (and honestly, even then it’s just an attempt).

The High Degrees of Difficulty (a.k.a. the Try These ONLY at Home, a.k.a. Seriously, Only Like Twelve People Can Pull These Off)

Guys, I don’t wanna be a downer, but facts are facts: you probably can’t pull off x-treme facial hair. Take the Hitler moustache, for example. Only Charlie Chaplin and that one dude from Sparks can pull it off. HITLER couldn’t even pull it off, and the goddamn thing is named after him. Other members of this category include Muttonchops, the Chester A. Arthur (sideburns that turn into a moustache), the weird 3-D brick goatee that Guitar Center heroes wear, the foppish twirled moustache, and the pencil ’stache. Are you an eccentric millionaire or famed wiry purveyor of midnight filth John Waters? If the answer to either is no, you probably shouldn’t wear these out.

IF, and I mean IF, you can pull one of these off, you are set for life. You have found your perfect facial hair.

CLEAN SHAVEN (a.k.a. Babyface, a.k.a. My Job as a Waiter at the Cheesecake Factory Won’t Allow Me to Be a Real Man)

Yes, everything that came before this entry is worse than not having any facial hair (unless you are one of the dozen people who can pull off the above mentioned x-treme facial hair). You know the phrase “Somethin’s better than nothin’”? That was written by an idiot about being a fool. In most cases, especially this one, nothing is WAY better than something. So you can’t grow facial hair? Big whoop. You can accessorize your head with a wide variety of piercings and hats. Just don’t wear a Kangol; they are the soul patches of hats.

You don’t have to embarrass yourself by trying and failing!

Using cold steel to slice manhood off your face every morning.

The Tony Stark (a.k.a. the Marc Maron, a.k.a. the Fuckable Professor)

The ONLY entry in the goatee category that is better than being clean shaven — therefore, the only good goatee. The moustache really pulls the weight here. This look is accentuated by salt-and-pepper hair. It really pulls focus toward the mouth, which is where your opinions come from; and if you have this combo, you probably want everybody to hear yours.

Lets everyone know that even though you’re in your 40s, you wouldn’t mind “letting loose.”

Can easily transform into a shitty normal goatee without proper maintenance.

The best things in the world look effortless, and this is no exception. Some minimalists may argue that this is the best facial-hair possibility, and they have a point. Good stubble is slimming and dangerous, and even protects your lil’ cheekies from sun and windburn. The main reason this isn’t ranked number one is because of how hard it is to maintain. Unfortunately, as we all know, anyone who has perpetually perfect stubble is either a celebrity, a sociopath, or both.

Looks great and is easy to attain.

Nearly impossible to maintain and can scratch the tender skin of your significant other.

MAN, this was hard. We’ve entered the top two, and it was a real humdinger to have to award the moustache second place. Much like stubble, the moustache was docked points for requiring maintenance. This does not mean that moustaches aren’t incredible, because they are. You can do almost anything with a good, full moustache. Look at the heroes in our society: pilots, loose-cannon cops, and Ron Swanson. The best part of the moustache is that IF you can grow a full one, your genetics automatically put their own spin on it. It’s like a fingerprint for your face that sometimes tastes like juice.

Distinguishes you from the dregs of society.

Requires you to shave the rest of your face quite often.

A man’s face can look no better than when it is hidden behind a full beard. Simply put, everyone would have this facial hair, if it weren’t for those fascists over at Big Razor. It’s just natural. The best part is how little you have to worry about a good beard. Truly, it’s the “Set it and forget it” of facial-hair styles. The only reason you shouldn’t have a beard is if you are currently in the middle of a sickening heat wave, and even then that is not your beard’s fault.

I guess a couple of bad guys have a beard.

There are no comments for this post "Men’s Facial Hair Options, Ranked from Worst to Best". Be the first to comment...