Names of men's facial hair styles. The ideal hair to beard (length) ratio, according to top London stylists, The Independent 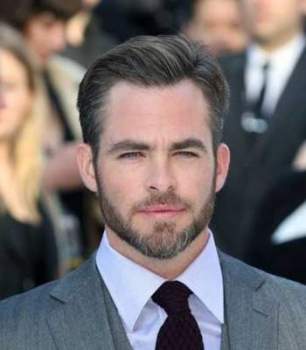 From the handlebar moustache to the 'lumbersexual', facial hair has a rich history. While clean-shaven may have been fashionable a decade ago, beards are well and truly back with many men choosing to let their facial hair grow.

But one thing they may choose to bear in mind is the length and thickness of the beard in comparison to their head, as apparently there is such thing as a perfect beard-to-hair ratio.

The Independent asked Miles Wood-Smith, the head barber, at Murdock’s barbers in London for the ideal beard length depending on hair types.

Medium: Medium length hairstyles have the potential to suit any beard length. The key is making sure your facial hair is kept well groomed and tidy. Otherwise, you can easily appear as if you don’t care enough about your appearance by not keeping things maintained which isn’t a particularly attractive trait.

Long hair: Shorter beards generally suit longer hairstyles better. They contrast each other in a positive manner and generally blend smoothly as opposed to overwhelming. Long hair and long beards are a very hard combination to pull off!

No hair: You owe it to yourself to go full Gandalf if you’re falling short on top. There’s nothing quite like a statement beard to spark and reflect confidence.

A quick survey of my beard-sporting male colleagues showed that getting the right ratio was a concern.

“It is a really complex ratio and small adjustments to either side can throw the other wildly out of balance,” political correspondent Jon Stone explained. Daily Edition editor Steve Anderson said beard-to-hair ratio is an important factor when heading to the barbers for a chop but stressed “there is no hard and fast rule, it is all about compromise”.

“If I have a hair cut, I always tell them not to touch my beard/stubble,” he explains. “As if my hair is too short and then my beard goes too, I look about 17-years-old.”

Miles said a beard-to-hair ratio is important as the beard is a focal point of a man’s appearance: “You should put enough time in to grow and maintain your facial hair to best suit not just your hairstyle, but natural face shape and features too,” he says. “But, ultimately, your beard should be unique to you.”

So where do men go wrong when it comes to the ratio? “Not committing to having either a shorter, neatly trimmed beard or a lengthier, greater textured beard, but instead getting caught somewhere in-between,” he says.

Similarly, Claudio Pizzo at Gentlemen’s Tonic barbers said the general rule of thumb is to “try to match the length of hair with roughly the same length of the beard”.

This was supported by another colleague Ibrahim Salha, head of audience, who said: “I just thought it looked best to have the hair on the side of my head the same length as my facial hair.”

“When a guy has long thinning hair that is past their shoulders and a bushy beard, it is not the best of looks - as an example if Bill Bailey cut his hair it would suit him a lot more and equally when someone has no hair but their beard is very bushy and long can also look a little odd,” says Claudio..

For Miles, there is only one man: “ Andrea Pirlo – forever and always”.

One thing they are both certain of is that beards are here to stay.

“While we may be seeing them starting to get a bit shorter, the boom in popularity isn’t showing any signs of slowing. They have become a grooming staple for men of all professions and lifestyles,” Miles claims.

“We think beards are here to stay for a bit longer at least, although we are starting to see some changes and like always fashion and styles do tend to come in cycles. At the moment we seeing clients come in with shorter beards and they like to keep them trimmed and neat,” says Claudio.

What is the ideal hair to beard (length) ratio

There are no comments for this post "The ideal hair to beard (length) ratio, according to top London stylists, The Independent". Be the first to comment...