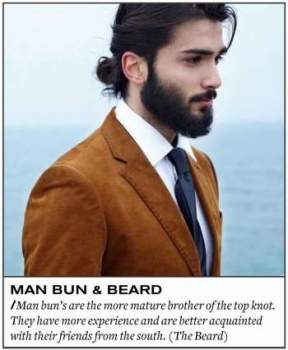 A study conducted about men with beards showed that women in general found men with beards to be—sexier! Guys with full-beards were also perceived to be better and protective fathers to their future children. Now if this research done in the University of New South Wales (and also published in ‘Evolution and Human Behaviour’) has tempted you enough to make you grow your own little facial farm, then here are the timeless five styles that you can experiment with. Beard style of 2016.

Most men in their lifetime have tried the short circle beard at least once! Also referred to as the ‘French beard’ this style isn’t too outlandish or wild, and therefore a favourite to men of many generations. If you have what people call the “baby face,” this style will instantly add to your look the “manly” quotient.

Refined or scuffled, a stubble on a man instantly takes him from a cupcake-loving, girlfriend-hugging kind of a guy to a sexy beast—not the personality, just the way you look changes. A popular choice of the Hollywood hunks, get this style to up your sexy quotient.

A style fashioned by men who could only really grow chin hair, the goatee surprisingly took men by storm and kept coming back in each generations—making it a timeless facial hair style. Get it razor sharp for the modish look, or go dishevelled to keep up the quirk factor.

It’s rare to spot a modern man with a moustache these days; unless the man celebrates the “hipster” ideology of things. But that doesn’t mean that the man of today should rid of the opportunity to flaunt something of a symbol of classic manhood. That is when the tidy moustache comes in—neat, trimmed and non-bushy.

Don’t go overboard with the size, and you’ve got a perfect pair of sideburns that looks both classic and manly. These are also a great way to complement your hair do. The only pointer? Make sure you give it timely trims.