How to trim beard styles. A Hairy History - Beards, Goatees and Other Facial Trends 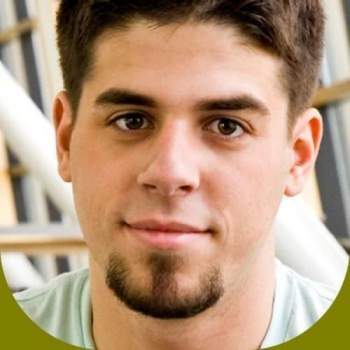 Men have been rearranging their face fuzz for almost as long as stubble has been around. From the scraggly tangles of cavemen, to the clipped goatees of the pharaos, from voluminous Victorian beards to well-oiled hipster moustaches, mens facial fashions have ebbed and flowed like Walt Whitman’s whiskers on a windy walk. Facial goatee.

Today may one day be considered by scholars to be the golden age of chin-stroking — where dozens of historic styles have made their way back onto the faces of men around the world.

So what old-school looks are now ripe for rediscovery?

Stephen Wild is a manager at London’s Truefitt & Hill, recognized by the Guinness Book of Records as the world’s oldest barbershop. Dealing with men’s facial foibles since 1805, this posh store has seen a surging latter-day interest in one particular historic look.

“The Edwardian style: well-groomed sides, flamboyant moustache and a beard softly-sculpted to a point — was popularized by King Edward VII and his son King George V,” explains Wild. “Both were immaculate dandies, always dressed in the height of fashion, and their beards followed that approach.”

The style, he adds, is in vogue again for several reasons. “It’s neat and smart and pairs well with contemporary dress. Young chaps about town really favour this look.”

But while the Edwardian look has returned, its contemporary lionization barely scratches the stubble of past periods when male facial hair was an all-pervasive requirement.

In 17th-century Europe, walking around without a sharply-pointed goatee was tantamount to admitting your were a woman. And while twizzle-tastic military moustaches were all the rage in the 1700s and beards the size of bear cubs were ubiquitous among Victorians, it’s an anything-goes approach that barely raises an eyebrow from David Yaqoo, barber and manager at Vancouver’s Man Cave Barber Shop.

“Beards are the new favourite thing for men for many reasons: celebrities are rocking the look but there are also cool products like beard balms, moustache waxes and fancy beard combs that were never around before.”

And while the 1800s is Yaqoo’s favourite hair era – especially for the imposing looks brandished by Stonewall Jackson and Ulysses S. Grant – he has a cool-whiskered prediction for the next big trend. “I can see the long goatee with a sharp or curled moustache becoming a hot style,” he says.

On the 20th Century

The 20th-century saw an ever-changing cavalcade of cool-at-the-time styles.

“Every decade after the Second World War had its pockets of growth,” says Allan Peterkin, a University of Toronto professor and author of the bestselling One Thousand Beards: A Cultural History of Facial Hair . “The 1950s saw beatnik coffeehouse goatees and the 1960’s had free-love bushy beards with fluffy sideburns.”

But it wasn’t all about beards. “The 1970’s saw the emergence of the swinger-stache, which had quite a hyper-sexualized charge,” says Peterkin, adding that while it was superseded by 1980s designer stubble and 1990s goatees, the current era is far more stylistically open. “It’s a facial hair free-for-all now with everything from soul patches to architecturally precise ‘line beards’ and from thick sideburns to mountain-man bushy beards.”

For Peterkin, what goes around comes around. “Facial hair has always been cyclical. What’s commonplace gets old and suddenly loses its rebellious edge – in fact, the fashion and male grooming industries are counting on it!”

There are no comments for this post "A Hairy History - Beards, Goatees and Other Facial Trends". Be the first to comment...