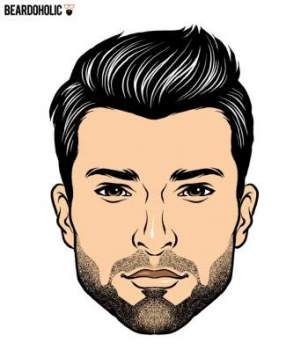 Have we, as a species, reached peak beard?

A 2014 study by the University of NSW found that potential partners may find facial hair less attractive as it becomes more prevalent on the faces of men up and down the country.

That’s down to something psychologists call “negative frequency-dependent sexual selection”, basically translating to a layman as "familiarity breeds contempt".

However, pognophiles need not despair as we, as a club, have you well covered on this World Beard Day 2015.

The signing of Nicolas Otamendi took our beard quota in the first-team squad back up to two, meaning it’s never been more fashionable to be hirsute here at City Football Academy.

With a few notable exceptions, beards on footballers are a relatively new phenomenon.

Back in the 1970s moustaches were all the rage but we’re celebrating those players who went all the way and decked out their faces in glorious fuzz.

There are many different types of beard which have been sported by various City players throughout the decades, so let’s take a look at who’s had what and group our bearded Blues together…

Exponents: Gael Clichy really upped his beard game over the summer break and has a strong, fully realised “Classic Fullbeard”, the likes of which have never been seen on the field at the Etihad Stadium before. EDS boss and former player Patrick Vieira is another not shy of putting the beard clippers to one side for a week or four.

Other notable mentions must go to Alvaro Negredo, Tony Grealish and Nicky Weaver.

Definition: This one takes some real maintenance… not quite a Classic Fullbeard but a halfway house between that and a goatee.

Exponents: Javi Garcia is our undisputed champ of this manicured style.

Definition: Again, not quite the Classic Fullbeard but close – fine margins but shaving a line under the cheekbones gives you the Hollywoodian.

Exponents: Nicolas Otamendi is a Hollywoodian born and true. A fine beard.

Definition: A small pointed beard like that of a goat.

Exponents: Nigel De Jong is perhaps our most loyal goatee beard aficionado but Emanuel Adebayor’s briefly sported facial hair could potentially also come under this category. Darius Vassell and Maicon are two more who adhered to this style throughout their time at City.

Definition: No moustache or sideburns, just a thick growth of hair along the jawline.

Exponents: Stevie Ireland rocked this one in the 2010/11 season in an experiment which was cruelly dubbed as “an upside down head phase” by @Tom_Allison1 on Twitter.

Definition: Typically a pencil thin beard which runs down the side of the face and along the jawline… like a chin strap, funnily enough.

Exponents: Carlos Tevez was a disciple of this particular hair-based fashion statement during his time at City.

Definition: Is it a moustache or is it a beard? We’re in semantics territory but we’ll call it a beard. A round patch of hair under the lips and above the chin is a Soul Patch.

So there you have it, a superb collection, I’m sure you’ll agree! Have we missed any players or beard styles? Tweet in to @MCFC and let us have it!

There are no comments for this post "World Beard Day Celebrated our bearded blues including Otamendi Clichy and Negredo". Be the first to comment...