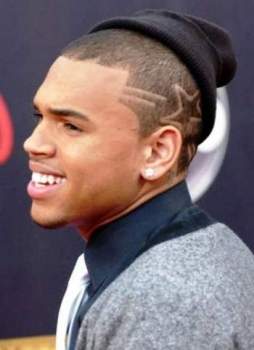 This week we have a treat for you guys. Since beards have reached arguably the peak point in popularity nowadays, which style people are rocking has become a focus point for many to know. Beard styles 2016.

Before you read this list, keep in mind that not all beard styles are designed for everyone. What may look great on others may not necessarily look as good on you. Hence, the idea here is to be focus more on the factors you need to consider in order to choose the right beard style for you than simply following others.

With that being said, here’s a look at the top 7 beard styles of this year – which is a mix of some old and classic as well as some new and trendy ones. So grab your beard clipper of choice, and get ready to find your new style:

The Balbo is one of the most popular beard styles this year, with the well-known American actor, Robert Downey Jr. donning it for years now.

In order to achieve this style, you need to grow a full beard – which usually requires waiting for around four weeks or so. You also need to grow a mustache.

Once you have grown a full beard, it requires some careful sculpting and using different types of razors to achieve the real Balbo look. Ideally, you would want to use an electric shaver and a razor– the former for taking off the side hair and the latter for getting the right shape.

It particularly looks great on men with a narrow chin, so if that’s you give it a try and see if you like it.

This is something that may work great for men who want to get a standard and stylish beard style that doesn’t make them look wild and rather helps them retain their “presentable” look.

Now while it’s a simple combination of a mustache and rounded goatee beard style, it can get a little fussy. Hence, ideally, you would want to hit the barber shop to properly achieve this beard style.

Notable Celebrities: As far as celebrity status, one the most notable ones includes perhaps Ireland’s finest, Colin Farrel.

The Full beard seems to be the most surging choice of 2016 when it comes to styles that are truly “manly”. While it rely’s heavily on your genetics and how capable you are of growing a beard, it is not for everyone and that goes without saying.

This is also one of the easiest beard styles to achieve and it involves simply growing your beard out for a couple of months and then simply trimming and maintaining a very thick length.

Notable Celebrities: We have seen many celebrities rock the full beard recently, with George Clooney, Ben Affleck, and Scott Disick being among the most famous.

A variation of the Garibaldi beard style.

This one’s the perfect option for those with little to no time to maintain their beard. This one was named after Guiseppe Garibaldi, a famous Italian general from the 1800s and it seems to be making a comeback in recent days.

To achieve this style, you can simply keep growing your beard till it’s about 15-20cm ( might take around 4 months for most people ). Afterwards, you need to trim the lower part during thi

There are no comments for this post "Top 7 Popular Beard Styles of 2016 - Male Groomings". Be the first to comment...