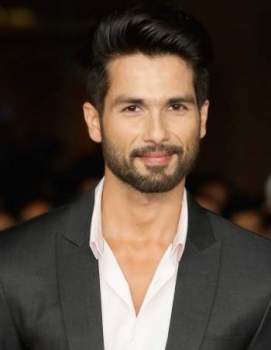 Personal grooming has perhaps never been so important, so popular and so well-served by “product”. For men at least. Male grooming products are now part of a huge industry, worth hundreds of millions of pounds, with a bewildering array of skin care products on offer, from moisturisers and eye creams to makeup. Mens face style.

Although it has ballooned, the market for men’s cosmetics isn’t just a modern phenomenon. In fact, over the past three centuries or so, shaving soaps, paste and scents have often been linked to contemporary ideas about what men should look like. In the 17th century, for example, men valued their beards as tokens of their sexual potency and power. At this time, the use of cosmetics was largely limited to repairing damaged skin after shaving.

By the 1700s, new ideas about polite manliness, and the need to create a “public face” saw neatness, elegance and cleanliness being championed. Rough, ragged beards were out, and smooth, soft faces were in. For the technologically-conscious Victorians, however, things like utility and function and hygiene became important.

A glance through the advertising of these products can often tell us much about contemporary attitudes towards male appearance.

In Tudor and Stuart periods there was little commercially available shaving product. Indeed, the use of cosmetics by men was strongly discouraged on religious, moral and even sexual grounds. Also, men didn’t usually shave themselves. Instead, the barber was largely responsible for men’s skincare, as well as other types of minor bodywork, including pulling teeth, scraping ears and lancing boils.

According to the 17th-century author Randle Holme, the barber would first wash the customer’s face with warm water, soap and scented washballs (orange and rose were popular), before removing the beard and washing the face once more to remove the soap. Afterwards, soothing lotions such as “Agyptiacum” were applied, along with “sweete waters”. In case of a nasty shaving rash, many remedies for skin conditions were available to “take the fier out of the burn” – including rubbing a raw egg on the afflicted area. Thus debarbed and sweetly-smelling, our Tudor gentleman could sally forth about his business.

But by the end of the 18th century, men were beginning to shave themselves, and there was a surge in new products from innovative perfumers to help them. Between 1751 and 1850 there were at least 50 competing brands of shaving soap, 18 shaving powders and 20 pastes. Somewhat surprisingly, given popular Georgian fears about effeminacy, softness and luxury were common advertising themes. Many products claimed to make shaving “easy and pleasant”. One Georgian perfumer even styled his product “the Mellifluous shaving soap”.

Scent was another important element. Some, like the “Royal Chymical wash balls” allegedly smelled “more pleasant than any perfume”. Along with scent, advertisers talked up the supposed medical properties of their products. One 1745 liquid soap claimed to cure smallpox, ringworm, pimples and scurf, as well as improving shaving. Yet others promised to make shaving tolerable for men with “tender faces”.

The age of the beard

Around 1850, though, beards returned spectacularly to British men’s faces. The archetypal Victorian male is usually portrayed with a heavy patriarchal beard, matching his austere manliness. Surely no self-respecting Victorian patriarch would have slathered on the cream, or puffed on the scent? There is indeed some evidence that the “beard movement” did have an impact for a time, with an apparent drop in the numbers and types of products available in the 1850s and 60s.

Instead, with beards swiftly becoming the essential mark of the Victorian male, many products emerged to help beardless boys and “smock-faced” men grow their own crop. Products like “Russia Oil” claimed to make hair “grow thick and long, even in bald places, whiskers, eye-brows”. Atkinson’s “Curling Fluid” nourished the hair “as it grows on the whiskers and mustachios, with the most beautiful luxuriance”. Others played on the fears of men who couldn’t grow beards. The makers of “Crinutriar” reassured the doubtful that since using their product, “thousands … who were once utterly destitute of Beard or Whiskers now have these attributes of manhood”.

Unsurprisingly too, beard combs and clippers became part of the toilette requisites of a gentleman. A number of manuals schooled men in how to properly attend to their beards, which should be:

Carefully and frequently washed, well-trimmed and well combed, and the hair and whiskers kept scrupulously clean, by the help of clean, stiff hair brushes, and soap and warm water.

But not all Victorian men wore beards, and many popular facial hair styles still required at least some of the face to be shaved. Brands like Price and Gosnell of London, and Guerlain of Paris, continued to advertise their products throughout the period. As beards reached their peak though, advertisers temporarily dropped both the language of luxury, and the emphasis on scent, concentrating instead on utility and improving the process of shaving.

This was short-lived. By the 1870s, younger men began to return to shaving. This time, amid popular fears about public health, advertisers turned to hygiene and cleanliness to promote their wares. Where once a pleasant fragrance had been the thing most desired, safety and protection were now the order of the day.

Cuticura’s “Medicinal Shaving Soap” and “Dr Nichol’s Sanitary Shaving Soap” were popular as was, rather troublingly, “Mackenzie’s Arsenical Toilet Soap” – a highly toxic substance, originally used by taxidermists. From the 1870s, gentlemen also began to splash on one of the ever-growing number of male colognes and scents. Should you wish to smell like a Victorian, citrus, lavender and “woody” scents were very popular.

Just as each age has brought its own fashion in facial hair styles, then, so products have emerged to accompany them. If anything, the pace of change has accelerated over the past 30 or so years, with the ever-expanding range of male cosmetics. Predicting what might come next is always difficult, but many fashions involve a reaction against the preceding one. As we gradually move out of the current sculpted beard trend, perhaps one day we’ll see a return to a more “natural”, ungroomed style for men.

There are no comments for this post "Ragged beards or smooth skin: the changing face of men's cosmetics". Be the first to comment...