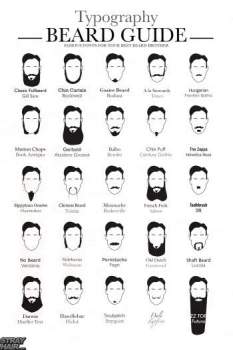 Rather than looking at gray hair as a detriment, why not allow it to show style and, more important, personality? Gray-haired men can choose from just as many hairstyles as other men, but a graying man with facial hair can have an even more distinctive look if he chooses his facial hair style carefully. As the colors in his facial hair change, so can he change the style of his beard or mustache to create interesting, striking contrasts--an advantage that younger men don't have. The styling of facial hair should also take facial shape into consideration, creating various combinations of sideburns, a mustache, and several styles of beards. Best facial hair styles.

Older men with gray hair can create very distinctive looks with a mustache. The key to the mustache is to trim it following the contour of the upper lip for the purpose of achieving a sophisticated and well-kept look. But if the gray tones in a man's mustache contrast strikingly with the other tones in his beard or the hair on his head, he can consider growing his mustache in a style that will play up the mustache for contrast.

The close-shaven beard is a popular style for younger men that do not possess heavy facial hair; however, it has become more popular recently as some gray-haired celebrities---such as Brett Favre---have sported this style, providing a look that is rugged without being shaggy.

Even if the clean-shaven look is the preference of an older man with gray hair, sideburns—depending upon the facial type—often go well with a clean-shaven face. Sideburns can add sophistication and style to a face, usually looking more natural on thinner men. Gray hair within the sideburns can often create a very nice contrast with the face, popular with some due to its rarity.

The completely shaggy beard is the ultimate “lack of up-keep” facial hairstyle and more appropriate for a man who no longer cares to perform daily maintenance. This could, of course, be a gray-haired retiree who no longer needs to worry so much about grooming for employment. It's a look that works as well with a full head of hair as it does with a bald head. Just as someone with a strongly contrasting mustache can play up the cut style, so can a man whose beard carries contrasting gray tones.

Goatees feature a small beard on the chin area along with a mustache, usually connected on the sides of the lips. The goatee style, which can be close-trimmed, long, or full, can suit men with gray hair quite well by adding a distinguished yet youthful look--a style for all ages. A man with the benefit of gray in his goatee can, again, create contrasts that younger men with solid-color facial hair cannot.

There are no comments for this post "The Best Facial Hair Styles for Gray Hair, Our Everyday Life". Be the first to comment...