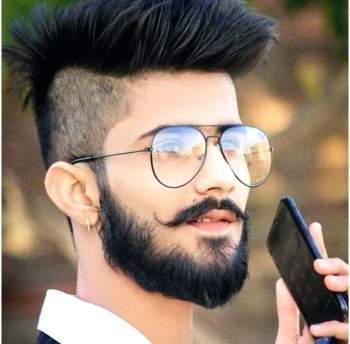 Harry Styles has taken the internet by storm after he debuted long beard look for the music video of his new single, Music for a Sushi Restaurant. New hair style and beard style.

The As It Was singer has wowed his millions of fans as swapped his clean-shaven look for a giant beard in stills taken from his new music video.

The Harry’s House singer, 28, sported a more rugged look as he was clicked laying shirtless and flaunting tattoos on his bod while in a professional kitchen.

The new track - which premieres tonight (Thursday) - has already racked up thousands of views in an official teaser clip on YouTube.

Earlier, the Watermelon Sugar singer spoke about the new track in conversations with NPR’s Leila Fadel. He said, “I was in a sushi restaurant in Los Angeles with my producer and one of our songs came on from the last album' noting that he thought it was a strange thing to hear in a sushi restaurant.”

“And then I was like – that would be a really fun album title, but then as the song started being made I kind of just set on Music for a Sushi Restaurant, Harry noted, adding, “I’ll be like – this is everything I’ve ever wanted.”

Harry has been making headlines for his latest projects including new movie titled My Policeman, alongside Emma Corrin and David Dawson.

Coldplay posed for a photo with BTS Jin, during rehearsals of 'The Astronaut' performance

There are no comments for this post "Harry Styles sports new bearded look in new music video". Be the first to comment...