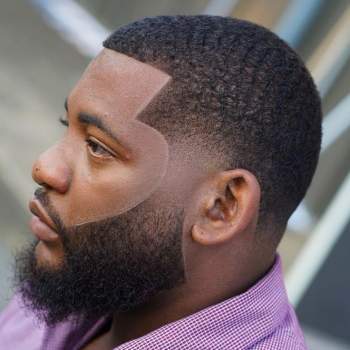 The Vikings were master shipbuilders, savvy traders, and perhaps most famously, ruthless raiders who terrorized Northern Europe. Throughout history, the Vikings have been portrayed as rugged warriors who were every bit as shrewd as they were fearsome. But there were also ways in which the Vikings’ vanity was on display, including their distinct hairstyles and the ways that they wore their beards. Cool hair and beard styles.

Although there were exceptions, facial hair among Norse warriors was a common, if not distinctly Viking, feature. Norse sagas mention men’s beards as indicators of character, and Nordic society in general equated beards with masculinity. A certain Viking king was even identified by his beard.

In many ways, the Vikings are the embodiment of dichotomy. The same warriors who mercilessly sacked monasteries throughout the British Isles and took monks for slaves also sported distinct reverse-mullet haircuts were as likely to carry around a comb as a sword. Keep reading; as it turns out, the Vikings were more than plunderers; they were also style icons in Medieval Europe, especially when it came to their beards.

Just as not all Vikings were blonde-haired and blue-eyed, beard styles worn by the Norsemen varied from region to region and man to man. Various depictions and descriptions of facial hair during the Viking Age reveal a diverse range of styles worn by men of all social classes, including those favored by Scandinavian kings (and even Norse gods):

These various facial hair options are indicative of how important beards were to the Vikings. Particular styles may have varied according to personal preferences, but Viking men were expected to sport facial hair in some form.

In fact, it was common practice for Norsemen to earn nicknames relating to the appearance of their beards, such as Silk Beard or Gold Beard, while those sans beard were ridiculed. (Also see What Hairstyles Did the Vikings Have? )

The most famous Viking nickname relating to facial hair belonged to the first Viking king to officially rule over England. Sweyn (also known as Svein) Forkbeard was the son of the great Danish King Harald Bluetooth (after whom the connectivity technology is named), and he was declared King of England on December 25, 1013.[2]

Sweyn Forkbeard likely got his moniker from the way that his long beard was forked or split into two. That the son of one of the greatest of all Viking kings would be nicknamed for the way he wore his facial hair indicates how prominently beards figured in the lives of Viking men during the Middle Ages. Sadly, his reign lasted a mere five weeks, but he and his beard have earned a firm place in Viking history. (Also see Did Vikings Have Red Hair? )

While there may be some question as to the preferred beard length among Vikings, it is a near certainty that whatever the facial hair norm may have been during the Viking Age, Norsemen’s beards were well-groomed.[3]

In fact, historians are convinced that personal hygiene was considered to be very important among the Vikings as evidenced by the number of personal grooming items recovered by archaeologists, including such implements as:

Picks for cleaning under fingernails

It is the prevalence of combs, many of which are ornately carved from bone and antlers, that has led historians to believe that the Vikings did not just style their hair; they also combed and groomed their beards regardless of style or length. [4] These practices would have kept their facial hair free from stray bits of food, dirt, debris, and pesky bugs.

The Vikings were known to use strong lye soap that served the dual purposes of washing themselves and bleaching their hair to achieve a blonde appearance. Darker-haired Vikings from Denmark used this same soap to dye their beards a lighter color as well. [5]

Did Vikings braid their beards?

Viking beard styles were not limited to variations in length, coverage, or volume. They also found ways to transform practices inspired by practicality into a distinct style that became one of their signature attributes. Even modern-day depictions in popular television series and video games of Viking warriors heading into battle commonly feature Norsemen sporting braided beards.

Particularly for Vikings who went on raids or fought in battles, long beards would have posed a nuisance by flying all around in their faces and in their eyes in the heat of combat or while they were trekking through enemy lands. Braiding facial hair into single or multiple braids would have been a highly effective means of keeping long beards from being a distraction.[6]

As the Vikings’ military campaigns and trade excursions became more frequent and far-reaching, their braided beards likely became a common sight throughout Northern Europe and beyond.

Why did Vikings let their beards grow?

Although the consensus among historians is that not all Viking men participated in raids or even took up arms, the Vikings will always be associated with the warrior spirit. It is this perception that may best explain the prevalence of beards among Norsemen during the Viking Age. In some ways, the masculinity and character of a Viking were displayed through his beard. [7]

Various Norse sagas make references to beards and the attributes they represent. Prominent facial hair is not only a physical manifestation of masculinity, but it is also an indicator of one’s character and good name, and it stands to reason that the thicker and more voluminous the facial hair, the greater the virtue of the man behind the beard. Conversely, the lack of a beard suggests immorality and cowardice.

It is noteworthy that one feature shared by virtually all of the Aesir gods of Norse mythology, including the likes of the All-Father Odin and the mighty god of war Thor, are their magnificent beards.

Odin is the undisputed head of the Norse pantheon of gods, and among his iconic characteristics are his wizard’s hat, one missing eye, and his long, flowing beard [8]

Thor is the most popular and beloved of Norse deities and is commonly depicted as extremely muscular with flowing red hair and a thick, voluminous beard [9]

In fact, the one standout who is always depicted as lacking facial hair is Loki, the trickster god who was responsible for the death of Odin’s beloved son Baldur and eventually fought against the Aesir gods during Ragnarok. That this beardless god embodied attributes that the Vikings viewed as the very worst of character flaws is indicative of how closely the Vikings associated facial hair with personal virtues.

Why did Vikings put beads in their beards?

Among the items recovered from Viking burial sites throughout Scandinavia are numerous small trinkets like beads. While they would certainly have served some type of ornamental purpose, exactly what that might have been is unclear. One possibility is that certain beads may have been used by Viking men in their beards, either in conjunction with braids or free-flowing strands.

Like braiding, the use of beads would have prevented loose beards from flying into a Viking warrior’s face while engaged in battle

Metal beads may have weighed longer beards down, preventing windy conditions from blowing them all around (for instance, during long voyages at sea) [10]

For style-conscious Vikings, incorporating beads into their beards could have served grooming purposes by keeping facial hair nice and tidy. Beads made from precious metals or materials like glass would have been an indicator of social class or wealth, much in the way that rings or armbands were worn as a display of one’s status.

While beards were not the defining feature of the Vikings, it is difficult to picture these Norse warriors without them.

Introduction: My name is Carlyn Walter, I am a lively, glamorous, healthy, clean, powerful, calm, combative person who loves writing and wants to share my knowledge and understanding with you.

There are no comments for this post "Did Vikings Have Beards? Learn the Truth, Scandinavia Facts (2022)". Be the first to comment...