Types of men's beards. Diana Kennedy, author who elevated the cuisine of Mexico, dead at 99 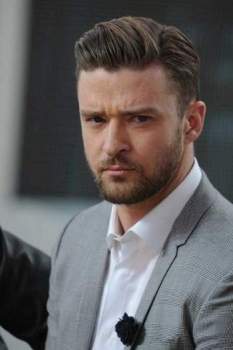 Diana Kennedy, the journalist and author who became the pre-eminent champion of the cuisine of Mexico, died at her home in the state of Michoacán, the country's Ministry of Culture said. She was 99. Beard styles 2016.

Her cause of death was respiratory failure, her friend and collaborator chef Gabriela Cámara said, according to Yahoo News.

Kennedy is recognized for helping to separate Mexican food from the baked-plate and yellow-cheese menus of suburban eateries by introducing it to a foodie world concerned with regional distinctions and ingredients' pedigrees.

“I think Mexico as a country will be eternally indebted to her efforts,” chef Pati Jinich of the PBS Food show "Pati's Mexican Table" said in Elizabeth Carroll’s 2019 documentary about Kennedy, " Nothing Fancy."

For an English-language author, she nearly had the vast pantheon of Mexican cuisine, its earthy indigenous roots, fatty Spanish meats, haute French and Austrian moments, and regional sauces and salsas, all to herself, and her cookbooks never appeared to lack inspiration.

From her base of Coatepec de Morelos, a village near the city of Zitácuaro, Kennedy, who was born in the U.K., continued to explore and discover food in the heart of her adopted homeland, often in her pickup, well into her 90s.

She didn't cower, and her comfort zone included everything. The Los Angeles Times, arguing that Kennedy had done for Mexican food what Julia Child did for French cuisine, noted that she published recipes for dishes including duck in pumpkin seed mole, cream of squash flower soup, tarts filled with a mash of aquatic flies’ eggs, and stews of black iguana.

But while she proved the maxim that Mexico is a continental and global crossroads that absorbs, adopts, remixes and refines influences from the across the Atlantic and the Pacific (yes, that's a thin slice of pineapple in your traditional Lebanese taco), Kennedy never appeared to get haughty.

Her book titles tell the cuisine's story. It may be vast ("The Cuisines of Mexico," 1972), and it may span coasts, deserts, valleys and mountains ("Mexican Regional Cooking," 1975), but it isn't really meant for white-glove service ("Nothing Fancy: Recipes and Recollections of Soul-Satisfying Food," first published in 1984 and expanded and reissued in 2016 — her last title).

According to her official biography, Kennedy first landed in Mexico from her native England in the 1950s, when she was absorbed with travel. She met future husband Paul Kennedy, a New York Times correspondent based in Mexico City, and moved there after they married.

It wasn't until the early 1970s, after Paul Kennedy died of cancer, that she focused on documenting Mexican cuisine as a lifetime endeavor. She had dinner with New York Times restaurant critic Craig Claiborne, who suggested she teach Mexican cooking.

She taught, via "The Cuisines of Mexico." Claiborne wrote the forward. But mostly she learned.

In a review of "My Mexico," published in late 1998, the Los Angeles Times wrote, "She has not so much braved as exulted in terrible roads, unpropitious weather and unforeseen obstacles en route to finding out something she wouldn’t have understood otherwise."

Her residence in Coatepec de Morelos was often described as a sustainable showcase of culinary culture with acres of gardens. She collected rainwater and took 2-minute showers.

The Ministry of Culture tweeted Sunday that her home, which it called La Quinta Diana, was "an example of sustainability and conservation of nature and biodiversity."

Gourmet magazine described Kennedy’s garden as a "botanical treasure chest." Her homegrown avocados had skin so thin and tender it could be mashed into her guacamole seamlessly, the publication said in 2011. Her adobe house is described in " The Gastronomica Reader ":

"Her Mexican home, designed as an ecologically efficient building by local architect Armando Cuevas, is hidden by a thicket of vines and trees on a hillside above San Francisco Coatepec de Morelos."

Her residence also doubled as the nonprofit Diana Kennedy Center, dedicated to education and the preservation of Mexico’s cuisines.

Kennedy lived a life of perpetual discovery, even at home. In an updated version of " The Cuisines of Mexico," she wrote: "People who live in harsher climates tend to think that there are no seasons here in the semitropics of 5,900 feet. Yes, there's no snow, and just a very occasional frost or brief, gusty hailstorm. January is a bare month, cool and sunny, and if we are in favor with the gods, the first days of February bring welcome rains, cabañuelas, which encourage the plums and peaches to bloom and help top up the tanks for the hot, dry months ahead."

Kennedy's achievements include a James Beard Foundation Cookbook Hall of Fame award in 2014, decoration in 1982 with Mexico's Order of the Aztec Eagle and recognition in 2002 as a Member of the Order of the British Empire, for strengthening cultural ties with Mexico.

Her official bio also expresses pride in an achievement for which she isn’t formally credited: UNESCO's designation of Mexican cuisine as a global cultural treasure in 2010, the year UNESCO gave the same nod to French food.

"Over the course of nearly sixty years, Diana traversed the country, meticulously researching, documenting, and mastering the culinary styles of each region," her bio says. "Now, these traditions are collectively designated as a World Cultural Heritage by UNESCO."

Kennedy's exacting work on Mexico, including eight books and a few updated editions, will resonate years after that lime-infused guacamole turns brown.

Her voice will continue to provide wisdom.

"It is so delicate that it is best eaten the moment it is prepared," Kennedy writes of guacamole in "The Cuisines of Mexico." "There are many suggestions for keeping it — covering it airtight, leaving the pit in, and so forth — but they will help only for a brief time; almost immediately the delicate green will darken and the fresh, wonderful flavor will be lost."

There are no comments for this post "Diana Kennedy, author who elevated the cuisine of Mexico, dead at 99". Be the first to comment...