Male beard. Compliments to the Chef - MidWeek Kaua i 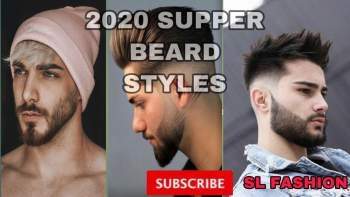 Fête owner Robynne Mai‘i has all the ingredients of a culinary star: a bustling restaurant, a healthy mentorship with young cooks, and now, the award for Best Chef: Northwest and Pacific from the prestigious James Beard Foundation. Beard styles 2016.

The year 1989 is a special one for Robynne Mai‘i. Like it was yesterday, she recalls being a freshman navigating the halls of ‘Iolani School. But far more notably, this was the year she ate at Roy’s for the first time.

“I remember thinking to myself, ‘This is so fancy and so delicious!’” says Mai‘i cheerfully. “I remember the first time I ate at Alan Wong’s and (Chef) Mavro’s, too. Then, having gone to culinary school at Kapi‘olani (Community College), hearing about them and just knowing that they really are the definition of Hawai‘i regional cuisine.”

Well, now, Mai‘i can add 2022 to her list of favorite years (alongside 2016, which is when she and husband Chuck Bussler opened their foodie brainchild, Fête, a new American eatery in Chinatown) after winning the James Beard Award for Best Chef: Northwest and Pacific. She now has a seat at the (dinner) table alongside previous winners and local culinary legends Roy Yamaguchi, Alan Wong and George Mavrothalassitis, who she’s been looking up to and dining at their restaurants for decades.

The award ceremony took place in the Windy City last month and, although some time has passed, Mai‘i is still reeling from that day. Her word of choice to describe how she feels about it all is “surreal,” and with too many “pinch me” moments to count, her arm will soon have a red mark that mimics a stove burn.

Loved ones from all over the country accompanied her — including Bussler, her parents and siblings, and former and current employees — which, she says, added to the already immense pressure of winning. But, since it was, in fact, her name that was called out to the room filled with America’s top culinary experts, it was all the sweeter that she was surrounded by her favorite people.

“I think the first emotion was disbelief,” says Mai‘i about her reaction to winning. “It all happened so fast and then I realized that my husband and our chef de cuisine Emily were screaming.

“I’m still processing what this actually means,” she continues, “because I do know that it is a broader recognition of what we’re doing. I understand that comes with a lot of responsibility as well. There are lots of emotions.”

Besides being one of very few Hawai‘i chefs to win this award (the last one was Mavrothalassitis in 2003), Mai‘i is also the first Native Hawaiian female to be named.

“You work so hard and you know that you’re doing good work because the restaurant is open, and people are coming to eat … and your mom and friends tell you you’re doing a good job. But it’s something different when a body that’s outside of your immediate community recognizes the hard work,” shares Mai‘i. “We want to continue doing the good work, but I also feel a heavy responsibility to make sure that we do more. That doesn’t mean opening up more restaurants or making it bigger, it’s just about being responsible for contributing to the community and giving back to the community and making sure we’re mentoring young cooks.”

Providing a space in the line for budding culinarians — who, Mai‘i says, come to her from all over but most often from her alma mater KCC and Leeward Community College’s culinary programs — is a foundational value for Fête as a whole and Mai‘i personally.

In fact, it’s the very reason why she hired her chef de cuisine and ride-or-die kitchen companion Emily Iguchi, who was aforementioned as part of the vocal fanfare when Mai‘i won.

“We were very lucky that she wanted to work with us, and in the job interview, I asked her, ‘Why would you want to work at Fête when there are so many restaurants?’” recalls Mai‘i. “She said that she wanted to work in a restaurant where she could mentor young cooks because she was so lucky to be able to learn from so many different chefs, who were so generous to her with everything they taught her and she wanted to do the same for others. And I was like, ‘OK, you’re hired. We love you.’ It completely aligned with everything we believed in.”

Culinary education is no stranger to Mai‘i. After graduating from KCC, the ‘Āina Haina native worked in a couple of different restaurants in Honolulu before taking off for the Big Apple, where she resided for the next 15 years.

tense, exciting, and there’s so much to do, eat and experience. Everything is on a completely different level. That’s when my culinary horizons completely broadened, as I continued to learn about different cuisines, ingredients and styles. You can spend a lifetime just exploring all the different pockets of New York City to experience certain neighborhoods and what they have to offer.”

She worked at Gourmet Magazine; taught culinary and pastry arts at a community college in Brooklyn, where she also developed a culinary degree program; and earned her master’s in food studies at New York University. (Before entering the culinary sphere in her 20s, Mai‘i received a bachelor’s degree in English and modern dance in Vermont.)

It was there in the Empire State where she solidified her morals surrounding food waste, something she takes pride in not participating in at Fête.

“I would see the chef instructors basically flip out on a weekly basis because something they ordered for the classroom, like an ingredient, didn’t show up,” says Mai‘i. “Sometimes the ingredient was a hard-to-get ingredient … and I always thought it was interesting that they would order that instead of something they know we can get. Like, why are you going through the exercise of potential disappointment and then anger?

“So, I always wanted to work in a way where … there’s an understanding of what’s available and practical. When you think about it, it’s how our parents ran their house. It’s not any different. What’s practical, what’s on sale, what’s tasty? It’s the same thing.”

To walk the walk, Fête sources 75%-90% of its produce locally and accepts fruits and vegetables of all shapes, sizes, appearances and ripeness; works with meat companies to purchase cuts that nobody else wants to work with; and teaches employees to never throw away something that could instead be used in a stock, family meals or, at last resort, tossed in the compost pile.

“These are all the things that the guests may not realize that we think about,” says Mai‘i. “Nobody wants to know that tons and tons and tons of food has to get dumped. And this is not a Hawai‘i problem, this is a United States problem.

“It’s deplorable, embarrassing and borderline criminal how much food is wasted in this country. We like to do our best and one of the things that we’re most proud of is how little waste we have in this kitchen.

“We’re just a small, little restaurant, but it’s these principles that we hope to pass along to the cooks who will continue to pass it on. It’s just good habits.”

Here also lies Mai‘i’s zest for a challenge and commitment to never finding culinary arts — because it is an art form — to be dull.

“Emily and I love to cook so much, and I think a lot of people come into the industry, start working and say, ‘This is so boring,’” says Mai‘i. “For us, it’s nothing but exciting. It’s exciting every single day because we get to work with so many amazing products, especially because we source most of our products locally. They’re not uniform or mass produced. They’re carefully raised and grown.

“There are all these details that we love embracing and when we see some of the cooks zoning out, we’re like, ‘Hey, you got to pay attention.’ It’s about just teaching the young cooks to find those many, many moments of fascination and awe and responsibility to not waste, make good, delicious, thoughtful food every day.”

When she’s not in the kitchen at Fête, which she describes to be a “Hawai‘i/Brooklyn hapa baby,” Mai‘i is a fur-mom to cat Mochi and enjoys spending time on a yoga mat. Down the road, she could see herself publishing a cookbook and opening up a baked goods and sweets shop.

With a cup of gratitude, a teaspoon of diligence and a sprinkle of gusto, you could say Mai‘i has found the perfect concoction for success.

“I couldn’t ask for anything else,” she says. “I feel like this is what I was always supposed to be doing. I feel very privileged and lucky and grateful to wake up in the morning and be thrilled to come to work. And that’s not to say that work isn’t hard sometimes or frustrating, but I do feel like it’s how parents feel about their children. If you ask a parent ‘Are you happy about your child?’ They would probably say similar things: ‘It’s happy some days and frustrating other days, but generally very fulfilled’ — and that’s what it feels like to have Fête.”

There are no comments for this post "Compliments to the Chef - MidWeek Kaua i". Be the first to comment...