Most popular beard styles. Must Have Short Beard Styles Choose One Fits You The Most, Mantisfy 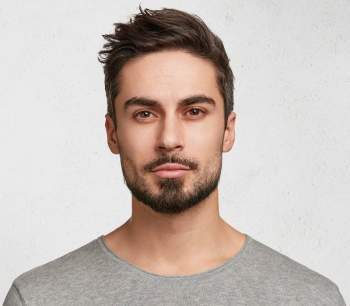 If you’re looking to finally grow your beard or even just change up your style for another stage in life, you’re in the right place! There are so many different types of beards you can choose from, and it could be a bit confusing when you kind of have no idea what exactly you want. So, here are some of the most famous short beard styles you can adapt that we’re sure you’ve seen somewhere else before: we compiled a list from celebrities and other influencers to help you get all the heart reacts you deserve! Short beard designs.

Why should I get a short beard style?

Short beards are pretty popular among men since they require little to no effort in maintaining, mainly because of their short length. The beard growth process will also be a lot faster. Plus, it would be relatively easy to reach the skin underneath your hair, and that makes skin care routine for a man so much easier!

On the other hand, longer beards would need a more extensive beard routine since you would have to really comb, brush, oil, and shampoo your hair very extensively. Skin care is also much more complicated since oils, dirt, and any other secretions could easily get stuck under your beard.

That being said, you wouldn’t need many products to maintain short beards at all: all you’ll need is some beard shampoo and conditioner. So, if you want a more efficient way to take care of your beard and still clean your skin in the process, try out the Mantisfy Facial Cleanser to get a 2-in-1 beard wash and shaving cream!

With the Mantisfy Facial Cleanser, you can avoid beardruff, oily skin, and even wounds from shaving with just a single product. It has various ingredients that can give you a fresh and glowing beard style that can seriously make you and your Instagram page a lot more attractive. Just use it once every other day, and you’re good to go!

A goatee beard is mainly focused on just the lower middle parts of your face, including your chin and mouth. It usually consists of a short mustache on top of the upper lip that extends towards the lower parts of the chin, making a circular shape.

The goatee usually stops just above the beard neckline for a smoother transition to your neck. This style is pretty popular amongst actors like Brad Pitt since the shorter look would give a short stubble vibe that’s generally considered attractive and sexy.

Of course, the look mainly depends on the contrast between the colors of your face and facial hair. If your hair is significantly darker, then your look would be much more intense than if the colors were milder. Still, goatees are generally a go-to for men since they’re really easy to style and maintain.

The Wolverine beard is coined from the famous character, Wolverine, played by Hugh Jackman from the X-Men series. If you look at it, you’ll notice that it’s incredibly thick and unkempt, making it have a messier look. Still, it’ll depend on how you style it, as the length will definitely make a difference.

Generally, the Wolverine beard is a mixture of mutton chops and a full beard. The mutton chops, otherwise known as the lamb chops beard or pork chop sideburns, focuses the hair on one’s sideburns, so just connect your mutton chops to your chin to create a fuller, more complete beard aesthetic.

Depending on your preference, you can also grow a mustache to accompany your beard. Wolverine has a very thin layer of hair above his upper lip, which would make the whole look more balanced: there’s some hair on top and a lot more on the bottom. But, if you prefer a beard with no mustache look, feel free to skip it!

The mutton chops beard involves growing out your hair on your sideburns, a generally unrecognized part of your face. Most barbershops usually cut it all off when you get haircuts, but you can try to grow it out to see if this style suits you! If you want a beard without a mustache, the mutton chops might be the best for you!

It’s up to you how long you want to grow it for: do you want it close to the tip of your chin or just along your jaw? Most people would grow it out just until the edges of their chins and leave that whole chin area blank, but again, you get to decide!

The chinstrap beard or chin beard is very similar to a goatee beard, except the hair is only focused on the mustache going down your chin in a straight line. Imagine a goatee beard that has some holes in the middle of the circle to form a line along the bottom of your lip to the tip of your chin.

This style is generally more eye-catching since it has a very unique shape that can quickly grab someone’s attention. It’s also more of a classical hairstyle that’s great paired with formal or business attire like suits, button-ups, and even with top hats!

It looks like a goatee beard from afar, but if you look closely, the hair doesn’t actually cover the chin and extends outwards around the jaw. The hair would just look like the bottom of an anchor, hence the name, accompanied by a disconnected mustache.

The circle beard is just another name for a goatee beard, except that the shape is only circular. The hair is focused around the mustache and extends towards the edges of your chin, forming an almost perfect circle made by the two curves.

Just like its name, the monkey tail beard would look exactly like a monkey’s tail. It would start from either of the two sides of your face, go around the chin’s curve, then land just above the lip to form a mustache. It would be a smooth and circular shape throughout the face.

It was first called the cattail beard when the trend arose because of a famous baseball player from Oakland, Mike Fiers. It was a joke initially as his teammates and fans began to take photos of him with the beard, but sooner than later, more people appreciated it as a legitimate hairstyle and followed.

There are so many types of beards that actors, athletes, and other famous media personalities coin as their hairstyles, but do remember that beards are still personal. You can literally do anything you want with your facial hair, and you can style them however short, long, thick, or thin you prefer. Just remember that there are certain repercussions when choosing your beard since some would be harder to maintain than others, but it’s all worth it in the end, right?

There are no comments for this post "Must Have Short Beard Styles Choose One Fits You The Most, Mantisfy". Be the first to comment...