New shaving style. World Beard Day: The 12 Of The Most Epic Beards In World Football 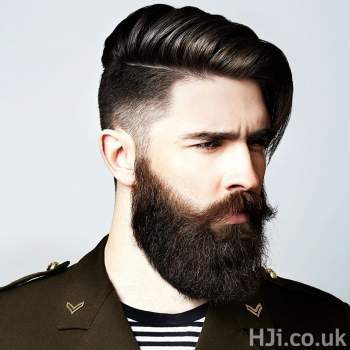 If not all, but a faction of footballers have a strange obsession with beards. Many say that it reflects ones personality – with different styles portraying different stories. Beard stylish.

On the eve of World Beard Day here are some of the best footballing beards that we have witnessed till date.

The Argentina and Barcelona superstar announced his retirement from International football after a shock defeat to Chile at Copa America 2016 and was sentenced to 21 months in jail for tax evasion. He has launched a fresh appeal and is under probation. Setting apart all such high profile incidents, one thing that has really caught the attention of the fans is undoubtedly his new blond look with a super cool beard. With the new look also came a surprise – his decision to make an International return.

More isn’t necessarily always better and Xabi Alono has proved it from time to time with his simple but stylish ginger beard. The former Real Madrid player who made a switch to Bayern Munich is considered as one of the best playmakers. However, very few know that his simple looking ginger beard is one of the most praised in football.

One thing that perfectly complement his killer looks is his pretty thick looking beard – a bit wild but not at all messy. One of the highest paid defenders in the world football and also among the most stylish ones.

People say that his beard makes him a Republican hero as Barack Obama once told him to shave it off – but the USA goalkeeper was too much in love with his beard to shave it off. It is so big but it completely suits the image of an aggressive goalkeeper. He also featured in a beard exhibition gallery at London’s Somerset House.

One of the best attacking midfielders in the world of football that Brazil have ever produced. A footballing genius for his superb through passes and on-field vision, was also regarded as a ‘style icon’ by the whole generation of football fans during the seventies. He was easily recognizable from his headband and beard – which some football fanatics still rate as the coolest beard till date.

The perfect hipster icon whose long bushy beard is not governed by the laws of physics. The Argentina and Man City defender well known for his supreme control over the ball is equally praised for maintaing a perfect thick line when it comes to judging men by their beard – perfectlywell maintained and in shape.

At a single glance one might have mistaken him for a Spartan warrior or a Greek God. It seems as if his face has not met the sun rays for years. The Barcelona midfielder has not only won a million hearts with his incredible abilities in the midfield but also left an everlasting impression with with this thick fuzz – cool, stylish and well kept.

The perfect blue-eyed boy for a Hollywood movie. A top-notch midfielder and also a fan favourite, Juan Mata has proved his critics wrong from time to time with his incerdible performances and most recently he convinced Mourinho for a place in the first team after displaying exquisite form this season. His bearded look coupled with his million dollar smile has won a million hearts. Some might say that it is not a proper beard, some say it is a stubble but Red Devils playmaker doesn’t care as long as it looks good on him.

Pirlo, who is also known as the perfect gentleman in the world of football, once said, “It wasn’t bothering me in the summer so I let it grow. Now I don’t waste time shaving…” Everything that the Italian footballing legend delves in, has a classy feel associated with it. A world-class footballer with an equally classy beard and flowing locks – a perfect blend of style and substance.

The Crystal Palace central midfielder is the boss of them all. Ledley’s facial structure goes hand in hand with his exremely thick bushy beard – meticulously maintained with no hair out of place. Popularly known as a team man, surely deserves the title of keeping the best beard in English Premier League.

The former Liverpool midfielder had revolutionised his look last season with his hair grown long and a bushy beard. Fans also call him the ‘Welsh Pirlo’ for his killer looks and technical abilities in the midfield. In reality he has seen major ups and down in his career but when talking about beards, this man surely scores a perfect ten with his unkempt and just out of bed style.

Undoubtedly, the sexiest of them all, Beckham’s bearded look has been topping the chart for years. We have seen him revolutionizing the world of football for years – always coming up with a different look for every new season. The best of them all, has been his extended goatee style – a thick facial fuzz right from the sideburns to the neck.

There are no comments for this post "World Beard Day: The 12 Of The Most Epic Beards In World Football". Be the first to comment...