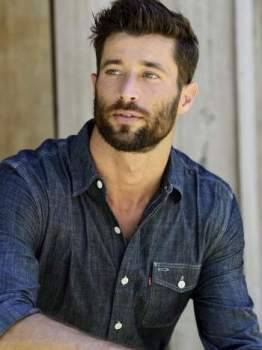 Some things are better left in the past. The Neck Beard might just be such a thing. Neck beard.

A Neck Beard by definition is any hair grown around the neck, or anything below the jawline. In reverse to normal beard styles everything is shaved clean except the neck which is left hairy. This is a ballsy move not many dare to make.

A fairly popular beard among wealthy men in the 1800s, the Neck Beard suffered a steady decline after 1900 in both popularity and prestige. It hit rock bottom in 2014 when it was added to the Oxford Dictionary as a pejorative term, describing “an unkempt man”, typically associated with a nerdy, antisocial type.

Nowadays, it mostly serves to underline the image of the bum character in TV shows such as The Simpsons and South Park.

Being such an outlier among the intentional beard styles nowadays, there really is not much variety to pick from.

Technically, there are two ways to vary how a Neck Beard will look.

One is length. While the classic unkempt version of a Neck Beard is ruly and untrimmed and often ends up in curly land, theoretically it could be kept short and neat, making it look as tidy as this one ever will be.

The other one is “area of coverage”, so to speak. Officially confined to the entire area below the neckline, the Neck Beard can be limited to only the area above the Adam’s Apple, for example.

In the wild, extensions past the jawline have been spotted, almost creating the impression of the untamed hair around the neck slowly making its way into the face.

With the Neck Beard rarely ever (intentionally) seen in public, there’s an argument that it does not fit any face shape. Or all of them, for that matter.

Having said that, if you have personal reasons to want to hide your neck, but at the same time struggle with or don’t feel comfortable growing a beard that also covers your face - the Neck Beard might be the only fit for you.

Famous Wearers of the Neck Beard

From public figures in the past to filthy TV show caracters in present days and the odd Hollywood star in between - the Neck Beard has seen it all.

One of the first guys to sport a Neck Beard was Henry Thoreau. It’s worth mentioning that Thoreau himself said he’d grown this beard “as a precaution against throat colds”. That’s legit.

Also a thing of the past, Richard Wagner was a prominent wearer of the Neck Beard. It becomes clear why he’s remember for his music rather than his facial hair style of choice.

In current real life, Leonardo DiCaprio and Christian Bale have been spotted with facial hair that gets dangerously close into Neck Beard territory.

How to Trim a Neck Beard

Warning: Actually going through with the following steps could severely impact your social life.

Sit back and watch your facial hair sprout for at least 4 weeks.

Remove all the hair above the jawline.

Walk around and watch people’s reactions.

From the popular choice for upperclass men in the 19th century to being added to the Oxford Dictionary in 2014 to describe “a man who is socially inept and physically unappealing” - the Neck Beard has done a full 180.

In its truest form, it describes a beard that only covers the neck, and leaves no hair above the jawline. It’s a wild wild look, and needs a good reason to exist in real life nowadays.

Even a beard as wild as the Neck Beard deserves all the love you can give it. Using the Best Beard Products out there won’t make this beard socially acceptable, but it’ll make you look and feel as good as you possibly can with that style.

There are no comments for this post "What is a Neck Beard? Black Comb Beards". Be the first to comment...