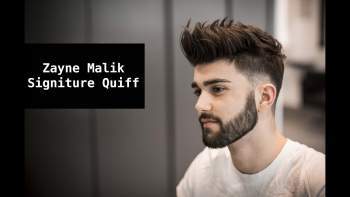 A new BBC report has said barbers across the Helmand province have been ordered to stop carrying out shaving and beard-trimming of customers, or face punishment.

Meanwhile, several barbers in Kabul also reported that they received similar instructions from the Taliban, said the report. This comes even as the Taliban have pitched themselves as reformed rulers of Afghanistan and promised a better rule than the previous regime that was known for its harsh punishments.

The Taliban law enforcers have put up notices against the barbers in Helmand saying “no one has the right to complain”. The barbers have said that the Taliban fighters have been repeatedly asking them to stop their shaving services and have even warned of sending undercover Talibs to catch them red-handed.

The BBC report further quoted another popular salon owner in Kabul who claimed that someone from the Taliban government had called him up and asked him to “stop following American styles”.

With the fall of the previous Taliban regime and foreign forces gaining control over Afghanistan, locals had returned to the salons and parlours to get fashionable haircuts and beards. However, the Taliban seem to have started to crackdown on these.

Two days ago, the Taliban hanged the bodies of four alleged kidnappers from cranes in full public view in city of Herat. The kidnappers were first shot and then hung from the cranes to teach a lesson that kidnapping won’t be tolerated in the Taliban rule.

In an interview with The Associated Press, Mullah Nooruddin Turabi, who had been one of the chief enforcers of the hardline interpretation of the Islamic law, said that the executions and amputations will be back soon as the laws must be followed.

"Cutting off of hands is very necessary for security," he said and added that such punishments had a deterrent effect. He said the Cabinet was studying whether to do punishments in public and will "develop a policy."

There are no comments for this post "Stop following American styles: Taliban ask barbers to end shaving, beard-trimming services - World News". Be the first to comment...