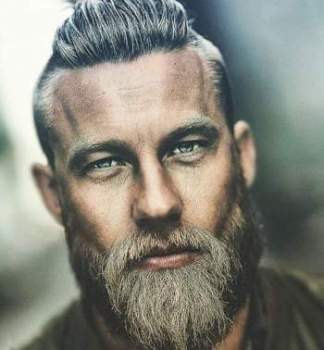 Every week in Fact/Fiction, The Big Issue examines spurious claims, questionable studies or debatable stories from the press to determine whether they are fact or fiction. This week – inspired by the Line of Duty finale – The Big Issue looks at whether the policeman can serve while sporting a beard. New beard styles 2016.

How it was told

It has not been a vintage year for facial hair out in public.

While lockdown facial fuzz has become a familiar sight on video calls, face masks have kept beards and moustaches largely hidden from view during the pandemic.

The actor’s stubble and grizzled goatee in the role of DI Steve Arnott in BBC police thriller Line of Duty has become iconic as the sixth series races to its dramatic conclusion.

It’s not the first time a bearded bobby has captured the imagination. Cast your mind back to 2015 and the #HipsterCop phenomenon.

PC Peter Swinger became a viral superstar after being photographed while working during an English Defence League march that saw clashes with anti-fascist protesters in Walthamstow, East London.

For example, Mail Online did some detective work of their own in the story: “Revealed: ‘Hipster cop’ is married 6ft 4in ex-soldier who loves motorbikes, only listens to Meat Loaf and claims he is definitely NOT a real hipster”.

This real-life example raised eyebrows and the question remains whether DI Arnott, too, would fit in with the rules in force in the UK.

So can serving police officers have beards? Or is DI Arnott facing a close shave with the rules at Central Police?

Yes, police officers can have beards – but it is not as straightforward as you might think.

Forces around the UK have broadly similar guidance with a few differences here and there.

The general consensus is beards are allowed but must not look “unkempt” and must be kept “neat and tidy”. That rules out shaving in quirky “shapes, patterns or extreme styles” as they may “portray an unprofessional image”, according to Gloucester Police’s guidance.

Police Scotland also stipulate the extra requirement to ensure “moustaches must be clear of the upper lip and not protruding below the line of the mouth or be upturned”. That might make grim reading for 2015’s hipster cop.

The complications arise when it comes to growing the beard in the first place. While beards and moustaches are allowed, stubble is not, with officers required to grow their existing beard or moustache during annual leave or report to work clean shaven. That means DI Arnott might fall foul of the rules. However, the guidance is there to give bosses direction, with forces determining rulings on an individual basis. Beards are also allowed for religious observance purposes.

Some forces, including Lincolnshire, also state that some officers must be clean shaven as they are “required to wear respirators and must ensure there is a safe seal around the respirator”.

This rule led to reports in Aberdeen’s Evening Express back in May 2020 that officers would be asked to go clean shaven. The story – “Aberdeen police officers told to shave to help PPE work properly” – said FFP3 masks issued to officers “would not work” unless they were without facial hair.

The debate on whether beards belong in the line of duty does pre-date the pandemic. It was a hot topic back in 2015 once again, with widespread reports that Gloucestershire Constabulary was considering bringing in ‘beard nets’. However, in a statement from the force, a spokesperson told The Independent that they would adopt a “common-sense approach”.

While the approach to beards is clean cut here, the same cannot be said for visible tattoos. Having ink on show is still a no-no for officers, and is the latest campaign target for the Police Federation. Their research found 81 per cent of the public who were asked said that dealing with an officer with a tattoo had no effect on their confidence in him or her.

So bearded bobbies are well within the rules – not that some officers on Line of Duty seem to show them much respect.

There are no comments for this post "Fact,Fiction: Can police officers have beards?, The Big Issue". Be the first to comment...