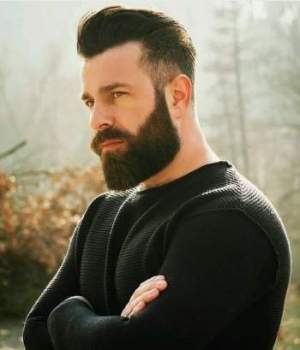 Besides wardrobe choices, male stars from Hollywood and Bollywood also pay much attention to their facial hair looks. Check out this celebrity beard styles 2019 to know what is best for you.

Besides wardrobe choices, male stars from Hollywood and Bollywood also pay much attention to their facial hair looks. Check out this celebrity beard styles 2019 to know what is best for you.

Over the past few years, the fashion quotient has been balanced between the two genders in the Bollywood world. As we can see, male celebrities have claimed their fashion statements through their outfits and, especially, their facial hair.

From Ranveer Singh 's quirky beards, Jason Momoa's wild ones to the goatee of Captain Jack Sparrow, here come some beard inspirations for everyone.

Ranveer is definitely an ultimate fashion icon of Bollywood as he not only owns a unique style but breaks any gender stereotypes. We all agree that no other Bollywood stars have experimented with as many beard styles as Ranveer Singh. And to be honest, he killed every type of beard he put on. Just take a look at this urban hipster look or the "unstable" beard stache.

Ranveer Singh is an urban hipster with this beard.

He sported an on-again-off-again style in this picture.

This beard style of Shahid is best on chubby faces.

Shahid Kapoor used to be a "chocolate boy" with his chubby face and previously taken roles. However, those days are long gone because Haider's actor is much more flexible than we think he is. Shahid has recently grown a thick beard for his upcoming movie - Kabir Singh.

It turns out that this kind of beard is suitable for him whose face is a little bit round. All he needs is some beard oil and a trimmer to shape the beard perfectly.

If you have a triangle face, this kind of beard is perfect for you, inspired by Jason Momoa.

Jason is famous for his character - Khal Drogo in Game of Thrones and most recently, an unforgettable role in Aquaman. It seems that he doesn't give much care about his beard as it almost covers his face which is diamond-shaped. Moreover, this beard is best for ones whose face is square, oval or triangle.

Johnny's beard is the mix of a moustache and a goatee.

When Johnny Depp is off-screen, he's usually caught sporting a beard so-called The Van Dyke. In fact, The Van Dyke is quite easy to grow, it is just the mix of an unconnected moustache and a goatee and best on faces which is angular.

Abhishek owns a chiselled jaw, it means that he can put on any kinds of beard styles he wants. Even though the actor has been away from the widescreen for such a long time, he still attracts attention with his fancy Instagram posts. So, his styles of the beard are best for men with square, oval and round faces.

So, as you see, there are tons of facial hair looks inspired by Bollywood and Hollywood stars. Or you can create your own style of beard depending on your interest.

There are no comments for this post "Beard Styles 2019: Let Those Celebs Inspire You With Cool Beard Styles -". Be the first to comment...