Styles of beard cuts. What Font Is Your Beard? Use This Chart To Find Out 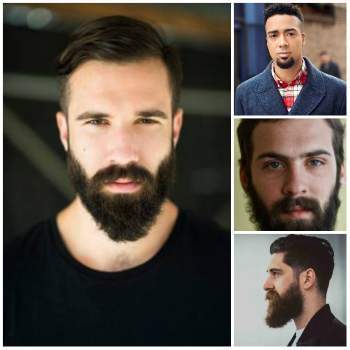 These are the questions asked by the Typography Beard Guide, a humorous chart by artist and beard wearer Christian Goldemann, in which 25 popular facial hair styles are assigned a font based upon their layout and characteristics of its follicles. Types of beard hair.

Asked by Co.Design about what makes a good font brother for a beard, the Stuttgart graphic designer is the first to admit he can’t really explain it in words. “For most of the facial hair styles, I picked fonts based upon the shape of the beard or whether a particular person who wore that kind of beard would have favored a particular font,” Goldemann tells me. “But it’s more than just linking a certain beard to a font that was contemporary at a time, or to a person. There’s no set formula.”

Nonetheless, you can pretty easily intuit the method behind the madness of the Typography Beard Guide. A plain moustache like the one John Watson liked to wear gets paired with the Baskerville font because of the Sherlock Holmes connection. A Darwin style beard is font brother to the sensible and eminent Hoefler Text, which seems like a font Darwin would have liked. The Old Dutch becomes the moustache-less beard of righteous, no-nonsense Garamond, while wearing No Beard at all makes your face as bald, boring, and openly readable as Verdana.

Other pairings aren’t necessarily as obvious. For example, an Egyptian Goatee is paired with Clarendon, a font-beard combination that makes sense only if you know that Clarendon is a slab serif, or Egyptian, style font. Balbo and Bembo seem mostly paired for the pleasing typographic similarities of their names. And some combinations are hard to figure out at all: Pairing Futura with Z.Z. Top is befuddling at best.

For the most part, though, the Typography Beard Guide does somehow grok with our own internal expectations of the types of facial hair the fonts living inside our computers would actually wear. Of course Franklin Gothic wears a prim, fastidious Hungarian moustache. Flamboyant, flashy Zapfino would obviously wax up its Dali before making an appearance anywhere. Helvetica Neue is the typographic avatar of Frank Zappa, and as for Akzidenz Grotesk, what better beard for that font than Rasputin’s beard of choice, the Garibaldi? Rasputin, after all, was stabbed, shot, poisoned, strangled, beaten, and drowned. Talk about grotesque accidents.

As for the legendary pornstache? What other font accurately conveys its oiliness, its misplaced confidence, its sleazy sensuality better than Fago? You could tattoo the word “moustache” across your upper lip in the font for the exact same effect.

There are no comments for this post "What Font Is Your Beard? Use This Chart To Find Out". Be the first to comment...