Types of beard cuts. Beards - Everything You Need To Know About It 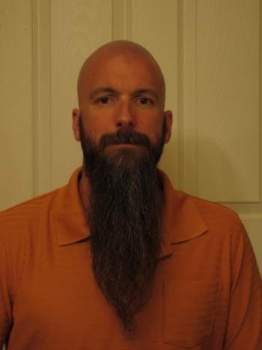 Beards have been around ever since the beginning of days and have always held a significant meaning in man’s life. But before delving any deeper, it is important that we, first of all, understand what they are. A beard is basically any collection of hair that grows on the upper lip, neck, cheeks or chin of a human and in some animals. However, in humans, these hairs normally grow only in adult males and usually start appearing when one reaches their adolescence. However, there are women who can grow a beard; and this is often as a result of a hormonal condition known as hirsutism. Women with this condition are usually extremely hairy which can lead to them having facial hair. Short beard long goatee.

Throughout history, society’s attitude towards facial hair on men has widely varied owing to factors like fashion trends and prevailing cultural and religious traditions. In some religions like Sikhism and Islam, a full beard is considered as an absolute essential and every male should be able to grow one and decree it as part of their personal dogma. In other cultures, the beard, though not a requirement to officially mandate it as a dogma, is considered a sign of virility and exemplifies virtues like sexual prowess, strength, social status and wisdom. However, in some cultures where beards are not so common or are not so highly esteemed, facial hair is associated with savageness, poor hygiene, dangerous demeanor and people who grow one are seen as uncivilized.

In humans, especially men, facial hair starts growing once they hit puberty and are genetic. The growth of these hairs is linked to the stimulation of hair follicles around the face by a hormone known as dihydrotestosterone. Even after puberty, this hormone continues to affect the growth of these hairs, allowing for continued growth even after a goatee or mustache has been shaved. How fast a beard grows will usually vary from person to person depending on their genes and other factors like the rate of hormone production.

According to biologists, beards are characterized as secondary sexual characteristics as they are unique to only on sex, but they do not play any direct role in the reproduction process. According to Charles Darwin, facial hairs may have developed because of the sexual selection process. Modern day biologists seem to reaffirm this hypothesis by stating that a majority of women tend to consider men with beards more attractive than those who have none.

Facial hair is generally seen to be an indicator of a man’s overall condition, dominance, and attractiveness. However, the facial hair rate in a man can leave him vulnerable to fights, which can be costly to him.

As a man, growing a beard can be a way to assert yourself. These facial hairs do say a lot about who you are and will change how people see you. As such, it is important that even as you consider growing one, that you commit yourself to rearing something that suits you and is representable. When it comes to growing a beard, it is important that you be fully given to the task, as the experience can turn out to be one that is a test of character and a process of self-discovery.

If you are considering to rear a beard, it is important to understand your genetics as it will determine the amount of facial hair you grow, where it grows and how fast it grows. Considering that we are all different, there are some men whose facial hairs grow only in specific areas and not in others, for some, these hairs cover their entire faces, while others have no facial hair growth at all or have stunted growth. Another thing you need to consider when thinking of rearing facial hairs is the beard style to keep. The good thing is that there are plenty of beard styles that you can take up. For your consideration, here is a look at some styles you could take up as you venture into growing a beard.

When it comes to beards, there are many styles and options that you can work with and the above are amongst some of the most commonly reared ones. As such, if you are thinking of rearing a beard, then consider doing some research for more options.

There are no comments for this post "Beards - Everything You Need To Know About It". Be the first to comment...