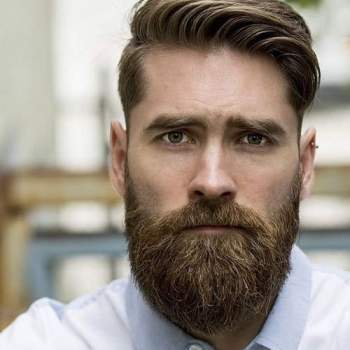 So I want to preface this by saying I do love the game and the team, and their efforts. I am however concerned. And I know thousands of people echo the same feelings to some degrees. Cool beards.

Customisation is, frankly, one of the flagships of Shadowlands, it cannot afford to be done hastily, nor be treated like the “new models” where some were shipped two expansions late.

Blizzard top brass themselves preached we would be allowed to express ourselves freely now, truly represent who we are. Yet as alpha and beta progressed I saw more and more… restrictions?

I noticed many of the new scars for humans were locked to certain skin types. Which I find absurd, locking things to skins or faces is the anti-thesis of what customisation was supposed to represent.

Scars, in general, should be independent and abundant - we have protected Azeorth for so long, let us show that. Break tusks, tear ears, burn and scar us, but do it so we can decide what tusk, what ear, in what way. To -our- character, we don’t want to change entire faces, core identities, just to get a scar. We want the scar on our pre-existing identity.

Same for beards, beards has been a sore topic ever since the new hairstyles all those years ago. There should be a richer variety for most races - that humans still can’t have wizard beards or greater / braided beards confuses me.

That trolls can’t have beards even though the boss man Vol’jin himself was always portrayed in official art with beard! Night elves got some cool ones, but don’t leave the others out. Don’t hold back, Blizzard. Let your guys go crazy.

I also think Allied Races deserve to be brought up to speed, not later, now. Some of them were rushed out when released, Nightborne has barely any customsation period, that’s atrocious. Remember new players who doesn’t know better will grind out to unlock these on a customised character only to realize this hard-earned race, has no customisation xD Come on…

Speaking of races, you teased green skin for trolls at Blizzcon. It’s been in the files for years. It’s not in beta? Give the Revantusk Tribe some love and recognition for the service to the Horde and let us play as a green troll, yo! Trolls in general could get the blood troll aesthetic with just different colours and styling, but really - I do not know what holds back the imagination, but all races has so much more potentional. You’ve only scratched the surface, don’t get complacent now.

This is an important topic, I hope you’ll keep adding rich things to all races, creeds and genders. Throughout the expansion, but preferrably sooner rather than later (you do usually prefer later, for no good reason.)

Much love, though. I hope feedback such as this is taken seriously and acted upon.

How to shape beard styles

P.S. What happened to individual shoulderpad transmogrification? (Hell, throw in gloves with that, please!)

I agree. You have only scratched the surface Blizzard, and broken a lot of the lore (Thank you for the Quel’dorei!) doing it. So why hold back now?

I understand it’s still beta and much is yet to be revealed, perhaps we’ve not seen the end of customization to the races of the game, maybe they’ll be coming in later patches. But I hope this isn’t it.

Void Elves desperately need new hairstyles, we feel left out that Blood Elves got these fantastic elven styles and we’re left with the older ones which… honestly, do not look that nice on a Quel’dorei, especially the voidy selections.

Colours are also another issue. The Void Elves are always so gloomy and dark. Give us blondes, reds, more purples, silvers. Why not just copy paste the blood elves, it’s honestly all we ask for.

And of course, don’t boycott the other races either. Just because they are Allied Races and new, doesn’t mean they deserve less than the classic races.

There are no comments for this post "Customisation (Feedback) - Shadowlands Beta General Discussion - World of Warcraft Forums". Be the first to comment...