Beard types and styles. The Top 7 Beards in Modern Metal - The Beard Emporium 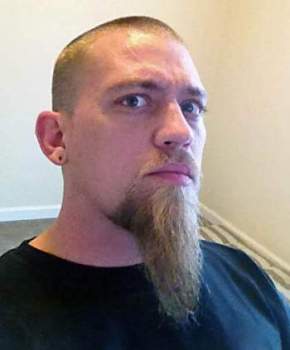 B eards and Metal. They go together like Turner & Hooch. The ferocity of the music seemingly directly proportional to the hirsuteness of the protagonist. And long may it continue. Long chin beard.

Here are just a few of the most famous heavy metal beard wearers of today.

For your added delectation turn it up to 11 for some Friday afternoon fun. Listen to the playlist. You’re welcome.

Replacing Jake E Lee as Ozzy’s guitarist in 1987 Zakk Whylde was the epitome of the leather clad poodle hair heavy metal shredder. Thankfully it seems he has since spent all his waking hours chopping down trees and has ended up as an extra in Sons of Anarchy

The twin beard attack of Virginia’s Lamb of God. Almost too much beard for one band to handle. The guitarist and bassist are seemingly in a competition to out lumberjack each other. We salute you.

James Hetfield has sported a great variety of facial hair styles over his long and successful career. From the full mutton chop/mustache combo of the early 90’s to the truly excellent bandito mustache, to the full on chin beard that, according to his band mates, led to him being stopped and questioned at Luton Airport. Rock and Roll.

The Anthrax guitarist is well known for his hairy mug. You can imagine if he failed to keep up an intense shaving regime his eyebrows would join up with is mustache in a matter of days – teen wolf style. A long time wearer of a pharaoh-like chin beard it’s good to see Ian is going grey with grace and dignity.

The Slayer guitarist has perhaps the most intricatey maintained beard in this list. Like a cross between a black rider and a dwarf, King’s beard looks like he’s ready to appear at a country fair … (maybe keep that to yourself.)

Featured tracks The Pursuit of Vikings, Father of the Wolf

If you arrive to see Amon Amarth play live with no beard, you will leave with a full beard (even the women. Especially the women). The amount of testosterone exuded from front man Johan Hegg’s pores is truly astounding. I expect he could shave each night and still appear fully bearded the following morning. He is the epitome of Viking Metal. He caries a drinking horn around with him, and if he doesn’t already he really should use this on his beard.

What do you think? Who else should be on this list?

There are no comments for this post "The Top 7 Beards in Modern Metal - The Beard Emporium". Be the first to comment...