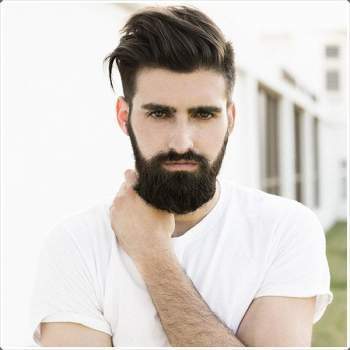 There are numerous different beard styles that you can choose from. However, while doing so, you need to understand that there are many factors which need to be considered so that you find the right style that matches your features. Distinct face shapes would require various beard styles. But you must remember one thing: what looks good on others may not look good on you. But you needn’t stop there. It is always good to keep up with the latest fashion and trends in the industry. Therefore, to keep you update with the latest trends, here below are two of the best beard styles for men in 2016 that you must know about. Best beard looks 2016.

· Balbo: The Balbo is one among the most popular beard styles in the current day. It was Robert Downey Jr., a renowned American actor who brought about this style. This actor starred in top films such as the Iron Man and Avengers and has been maintaining the Balbo look for years. It goes without saying, the look suits him quite well. To achieve this look, you will need to grow a full beard, to have ample hair for shaping. Once your beard and moustache grow, it requires careful sculpting. You can use a disposable razor or an electric one to take off the excess hair on the sides and a straight razor to shape the Balbo beard appropriately.

· Bandholz: The Bandholz is one of the best beard styles for men and was popularised by Eric Bandholz; the one who founded the beard. This gentleman was into the corporate world until he began loving his beards. He got various negative comments due to his drive to grow beards. Thus, he quit his job and has decided to put up a Beard brand. Beard brand was earlier just a community where Eric posted YouTube videos, blogs and Tumbler entries to provide information about beards, the styles and how to maintain it.Later, he decided to turn it into a business by offering high-quality products that worked wonders. From beard oils, softeners and washes to combs and scissors, the Beard brand is one shop where you must stop. To achieve this style, you need to have patience. Throw away those razors and scissors and let your beard grow. Once fully grown, you can shape and cut it accordingly or even keep it as it is. But the best part about this type is that you can keep it freely unlike other styles. Hence, being considered one of the best beard styles in the year 2016.

Besides these, numerous other styles are in vogue this season. However, these are the two beard styles that are used most.

There are no comments for this post "Best Beard Styles for Men in 2016 – Uday – Medium". Be the first to comment...