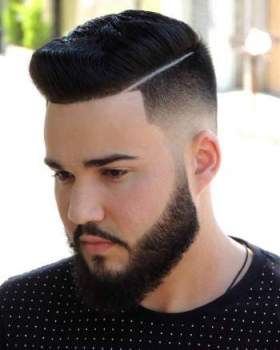 Fixing that lockdown haircut continues to be high on the agenda for many this week now that barbers and hairdressers have reopened their doors, and football stars are likely to be no different.

Liverpool's Peter Cranfield - aka Cutthroatpete - counts a number of well-known past and present players among his client list and admits he has been finding ways to help them keep their style in check at home until he could welcome them back for a professional cut.

The hair and beard grooming expert, who has barber shops on Gradwell Street and Jamaica Street in the city, revealed client and former Liverpool FC player Jamie Carragher had maintained his hair well with some online assistance in recent months, and said: “With lockdown, lots of men have been growing out their hair and beards. I cut Jamie’s hair usually and it’s great to see he’s grown out his beard over the last couple of months.

"I actually got to jump on an Instagram Live with him and gave his wife some instructions on how to trim it and I have to say she’s done a great job – I hope I haven’t lost a client!”

For those who have made it through the recent months without any grooming help, possibly letting their locks grow the longest they've ever been, Peter says now is the ideal time to find a new look and suggests some leading footballers' hairstyles could provide inspiration.

Cutthroatpete says John Stones is his "most influential client"

He added: "I’ve been lucky enough to become the barber of a few football players – my most influential client is John Stones and he has an amazing head of hair, thick and wavy.

"I’ve been cutting it for eight years and he doesn’t vary his style massively, but every so often he’ll tweak it so we’ll take the fade a bit higher or lower or I’ll give him a taper rather than a fade to switch things up a bit.

“John’s hair is six to seven inches on top. I use a razor to cut it to give it texture, and the back and sides can go anywhere from a zero to two to three inches now because of lockdown.”

Former Everton FC player Ross Barkley, who now plays for Chelsea, also has a sought after style according to Peter, as he said: “He’s another client of mine and a lot of people message me asking about his haircut.

"He has a high skin fade with about half an inch of hair left on top, precisely cut with scissors – a lot of people think it’s a number two on top but it’s not. Cutting with scissors creates a different look and a different texture.”

Peter also hails Wayne Rooney as a famous footballer who "made it cool to have a hair transplant," and said: “I know lots of men who’ve lost their hair because of male pattern baldness in their 20s and 30s, and it can really affect men’s confidence.

"Before [Wayne] had his, a couple of my clients had it done years ago but they never talked about it - they didn’t even tell their mates.

"Wayne was a young man who openly spoke in the media about it which was an amazing thing to do because now men sit down and talk about wanting one or having one. "

For anyone looking to try something new with a post-lockdown look now that barber shops and salons have returned, Peter's tip is to make the most of the length of any hair that has been left to grow, take the time to look for new styles and show pictures to barbers.

There are no comments for this post "Liverpool barber with footballer clients shares secrets to star players' styles - Liverpool Echo". Be the first to comment...