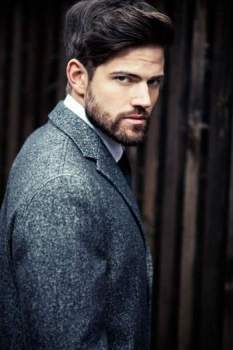 In a world of copy-paste everything, imitation when it comes to fashion has become an eyesore. We long to feast our eyes on something fresh and oozing with unique style, and Jazwin’s Instagram handle @jaafz seems to hit all the right spots! Beard styles models.

As someone who styles and models himself using figments of his own imagination, every new upload brings something unseen. He has carved a space for himself in the luxury styling niche. His profile is an amalgamation of all his favourite things- fashion, lifestyle, fitness and travel.

His story began almost a decade ago, when he began experimenting with his style. Over time, he learnt what worked, fine tuning his appearance with his growing dedication to fitness and adapting fashion rules to fit his agenda. His evergrowing Instagram following is proof that he’s finally got the formula right. His jetsetter lifestyle has him dining against views of Pyramids of Egypt or taking up a gentlemanly sport like horse riding or golf in his leisure time.

He has graced billboards and is often spotted shooting for his next campaign on the familiar streets of cosmopolitan Bengaluru, often swapping those locales for international travel hotspots too.

Jaaf’s iconic beard, flair for detailed styling, and his inclination for luxury brands with names unpronounceable to the common man is lauded by style aficionados and industry leaders as well as someone still figuring out their style identities.

What strikes most about Jazwin’s looks are that

His style is experimental and yet, not in the least bit, garish.

His style makes you wonder and yet, is reassuringly familiar.

His style always strikes a chord..

His style is not restricted to what he wears- Jazwin’s style resonates in his lifestyle. The echoes of his lifestyle touches everything he does.

There are no comments for this post "Jazwin Jaaf becoming India’s stylish gentleman". Be the first to comment...