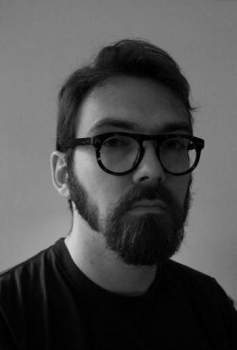 Elvis was not the first to bear them, and Luke Perry won't be the last to wear them. Sideburns and goatee.

In fact, it was Union Gen. Ambrose E. Burnside who first put a name on facial fads. Burnside, a balding man who grew a thick swatch of hair that stretched from his temples to beneath his nose, popularized the look during the Civil War. Over time, "Burnsides" evolved into "sideburns."

Whatever you call it, facial hair is fashionable.

In fact, facial hair has reached its most significant status ever, according to Charles Provenzano, artistic director at Thomas J. for Hair. A beard adds a distinguished air. Goatees are hip and artsy. Sideburns are sexy.

"The styles are popular because men's hair is short," Provenzano said. "The trend is tailored, manicured and well-groomed."

Hair trends go like this: When men's hair is short and textured, facial hair becomes more significant. It's different from the long-hair and bearded look of the 1960s. The '90s transform beards and their ilk into hair accessories. These accessories are not randomly chosen.

One criterion continually influences this choice, namely, what styles are the stars sporting?

Spike Lee brought back the goatee to fit his artsy, hip image. Don Johnson and George Michael made stubble look handsome and ultra-masculine.

But Provenzano warns that not everyone can successfully wear these looks. "Goatees are hot looking," he said, "but the look must fit both the man's image and face pattern. Without both, the goatee won't fit him or his face.

"First, image is the thing to tie in with a beard or mustache," Provenzano said. "Someone who is very conservative, say a presidential candidate, would not wear a goatee. That would conflict with his persona."

When it comes to face patterning, the ideal face is oval-shaped. Someone with a broad face should wear longer sideburns to make the face look thinner. For round-faced men, a full beard will emphasize features, not roundness. To create a strong chin, allow chin hair to grow longer. A thin man ought to stick with short sideburns and forgo the goatee; otherwise, he'll look emaciated.

Provenzano applauds young people, saying they are often the first to pick up on new trends.

"Teens and young adults look at magazines and quickly adopt new styles," he said. "It's the older person who needs guidance in choosing a style to best shape (his) face. No style fits everybody."

The influence of men's clothing has come into women's wear, but sideburns haven't caught on. Yet. Provenzano predicts that the High '70s look--short hair and a drop of hair in front of the ear--will be the hot fashion for 1993.

"Currently, we're in the editorial hair look. We call it that because magazines hold such influence on current hair fashion. If a woman had come in the salon a year ago and asked us to curl her hair with Velcro rollers, we would have tossed her from the chair. But once the look was in all the magazines, Velcro curlers magically reappeared.

"Historically, there is always a big move away from editorial hair. I think women's sideboards will be a part of the sharp, new '93 look."

There are no comments for this post "FASHION : Face Patterning With Sideburns, Mustaches, Beards - latimes". Be the first to comment...